The essay falls into the debate about the Fascist attitude toward racial theories and especially about Mussolini's own adhesion to antisemitism. In opposition to the interpretation which dates back the racial policy roots to the beginning of the dictatorship, in 1922, or even before, to Mussolini "socialist" period, Belardelli claims that it is necessary to make a distinction between the period "before" and that "after" the Ethiopic war. In fact, stressing this rupture doesn't mean to attenuate the censure of Fascist antisemitism but, on the contrary, it emphasizes how much it became discriminating and persecuting after the establishment of the racial laws in 1938. That racial policy was strictly connected to Mussolini's decision to proceed with the edification of a totalitarian state. Only in this sense, the racial laws could be considered crucial not only in strengthening the alliance with Hitler, but also in the construction of a "new man" and a "new society", in which there was no place for the Jews, since they embodied the same bourgeois values that Fascism wanted to get rid of. 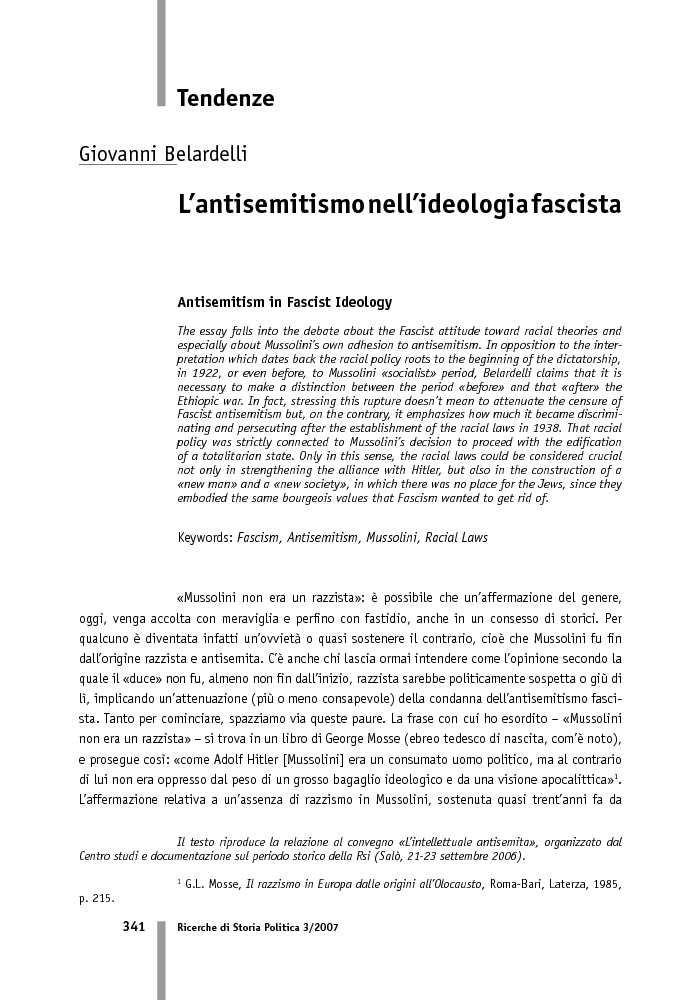