In this article the author underlines how the military pronunciamiento of 18 July 1936 gave rise to a revolutionary situation that saw the transfer of effective power into the hands of anarchist, socialist and communist groups and reduced the legitimate government of Spain to providing a facade for a democratic and republican legality that in reality was entirely absent. One the one hand, this situation alienated large segments of Spanish society from the Republic and led them to identify Francoism as the salvation of their country from communism; on the other hand, it offered an alibi for the Anglo-French policy of "non-intervention". Ranzato considers that the two European powers were right to fear that sending arms to Spain might have brought about, not just to the defeat of the military coup, but the consolidation of a revolutionary regime to which they were ardently opposed. At the same time, he identifies the chief reasons for Anglo-French neutrality to lie in the myopia of political leaderships wholly lacking in "democratic internationalism" and inclined to subordinate political ideology to their national interests. Rather than insisting that the price for their assistance at the side of the Republic was a return to the pre-war parliamentary democracy, France and Britain preferred to abandon Spain to its fate in so far as they did not consider that the installation of a para-fascist regime in Madrid would damage their geopolitical position. 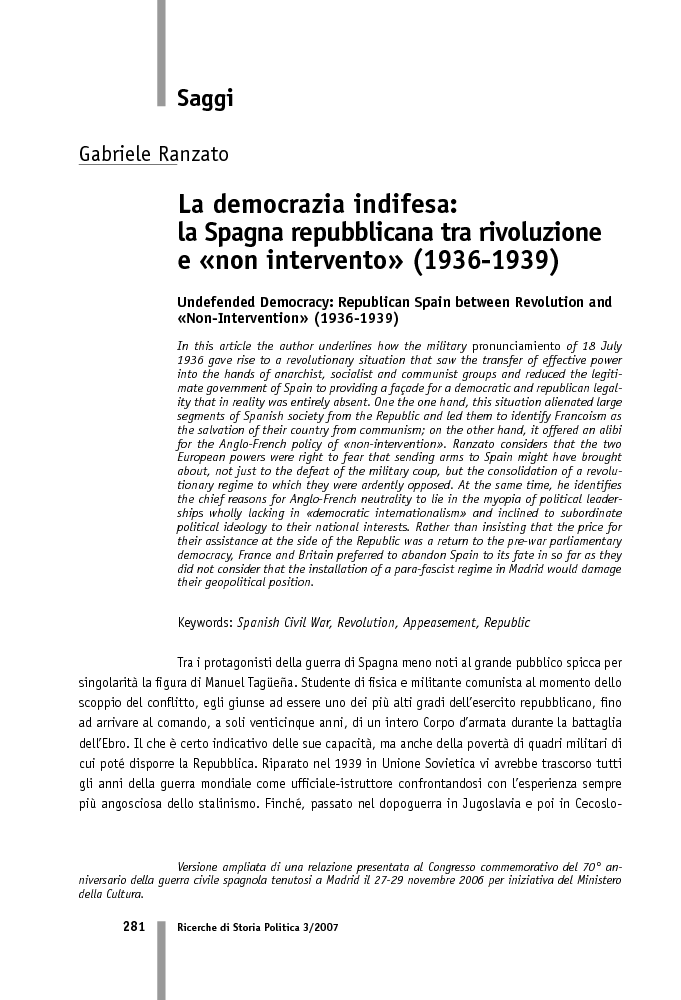