After decades of costly and violent war to conquer Northern Algeria, French colonialism turned toward the Sahara. Growing uneasiness in public opinion, staunch critics in Parliament, and low morale in the army, however, asked for a new ideology to sustain this expansion: the "pénétration pacifique". Theorized by such different thinkers as Père Enfantin and Eugène Daumas, it offered a powerful argument to win over the opponents of Algerian colonialism, but also to ease the ambivalence felt by its supporters. The discursive success of pénétration pacifique, nevertheless, did not entail a change in the practices of the war. As the destruction of Zaatcha and the assault to Laghouat demonstrate, French soldiers went on displaying the same gruesome violence as before. Even though they achieved a temporary state of calm, those massacres had heavy economic and social consequences for the region, and starkly disproved everything that had been theorized by the "pénétration pacifique" arguments of the 1840s. Violence and destruction had again proved to be the more solid rationale behind the French expansion. 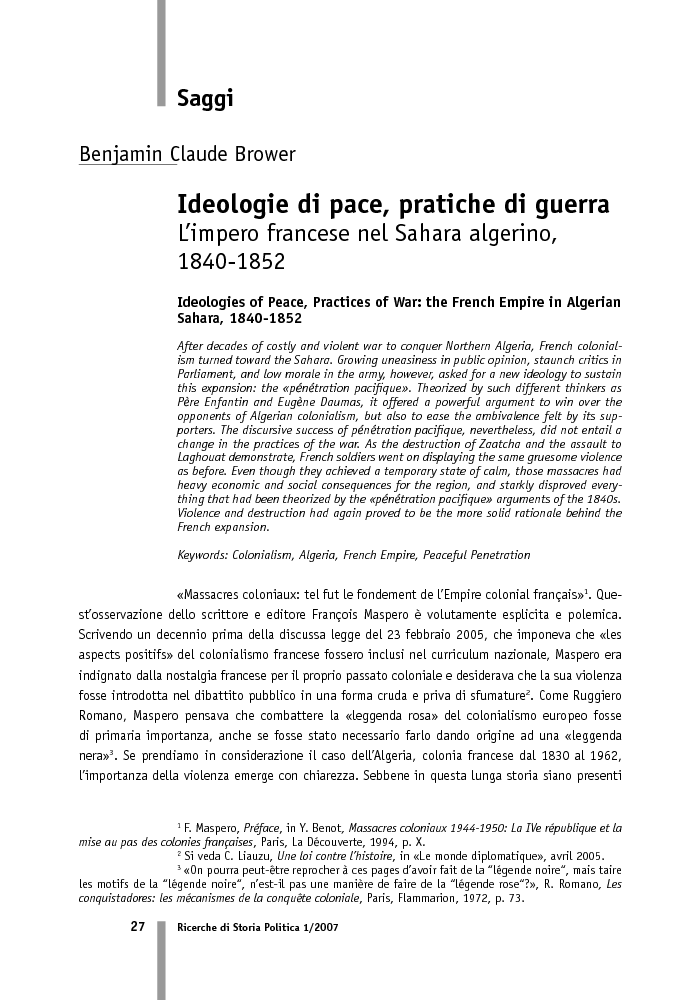