The 1965 presidential elections were awaited with great interest: for the first time in twentieth-century France an election was simultaneously direct, personal and national. Moreover, for the first time in an electoral campaign, television was to play a role of major importance. It was therefore legitimate to wonder whether this relative change in the instruments of communication available to the contenders, together with the profound transformations in the nature of the vote, would be practically reflected by the campaign: would a new type of election be matched by an innovative campaign? The 1965 electoral campaign would constitute a veritable watershed: recourse to televised coverage, opinion polls and US-trained communication experts represented a crucial point in the evolution of a system that was traditionally opposed to all forms of personalization of public life. The essay reconstructs how this development was accompanied by a gradual professionalization of communication practices: from this point onwards, the entire political class came to understand that communication was something too serious and important to be left in the hands of amateurs. 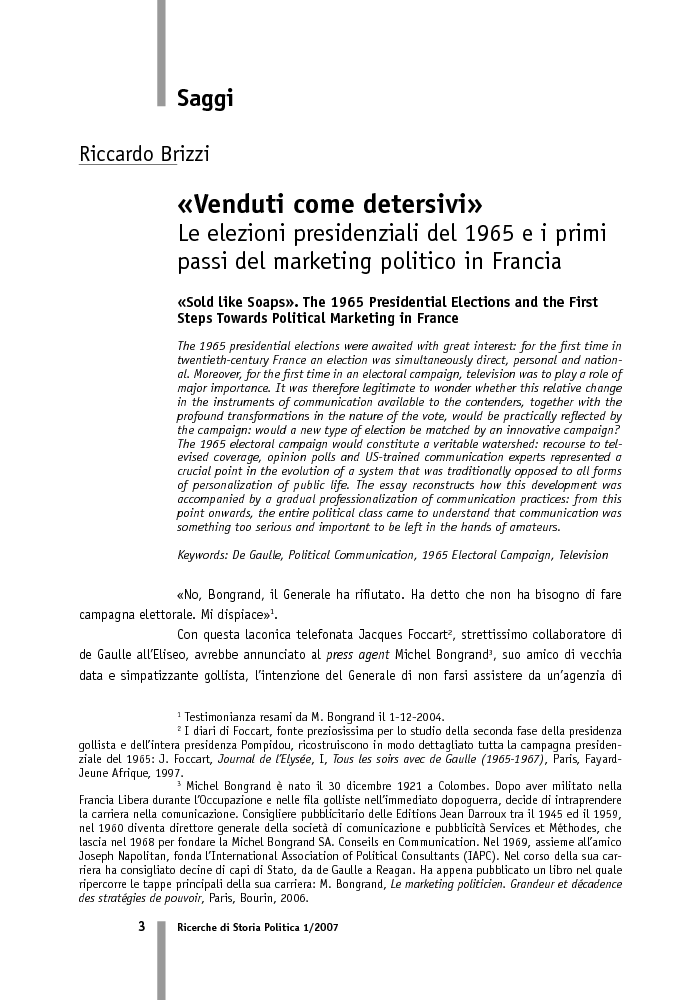