In considering elements of continuity and discontinuity with the past in today's US foreign policy, the supposed "Wilsonian tradition" represented by Bush and the novel character of the 2002 National Security Strategy, Richard Crockatt, Frank Ninkovich and Anders Stephanson agree that US foreign policy is not so very different from that of the past. Many of the structures specific to its post-Cold War "architecture " have remained in place, and the great novelty lies primarily in the declarative aspect (in the sense that the United States has explicitly articulated its wish for supremacy), rather than in political substance. Even the National Security Strategy doctrine of pre-emptive action is far from new; at least according to Crockatt, the novel element resides in the fact that Bush has elevated it to the rank of principle, making it the central tenet of his approach to foreign policy. What emerges from the debate is that the current situation has been determined by the necessity of dealing with the global society developing during the 20th century, rather than by the actions of the United States. Finally, they conclude that the "revision" of foreign policy doctrines is attributable to "many elements of the new international context that are themselves new" and can therefore be interpreted as a response to "threats arriving from unexpected sources". 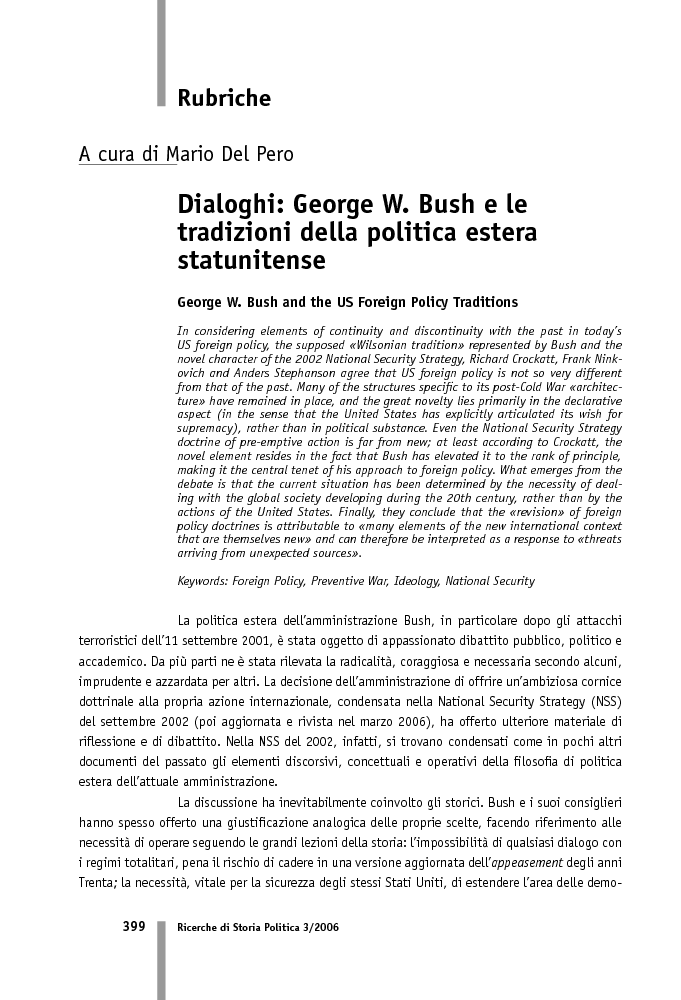