The essay probes the dynamics of the twentieth-century international system through a comparative study of the major turning points (1919, 1945 and 1989) that brought about its reconfiguration. Special attention is focused on the forms of imperial logic that characterised the three post-war periods and the resulting models of empire. The imperial dimension was in fact present in all three arrangements: the end of the First World War marked both the collapse of traditional European dynastic model of empire and the birth of "modern" empires, underpinned by the military might of already solid states, which were territorially defined and competitive within the global system. The modern model of an economically closed territorial empire was swept away by the strong opening up ensuing from the new systemic horizon of the post-Second World War, which in its turn bred two competing imperial sub-systems. Finally, 1989 witnessed a further upheaval of the global framework, leading to the definitive affirmation within Europe of the model of integration and economic liberalisation proposed, developed and overseen by the American superpower. 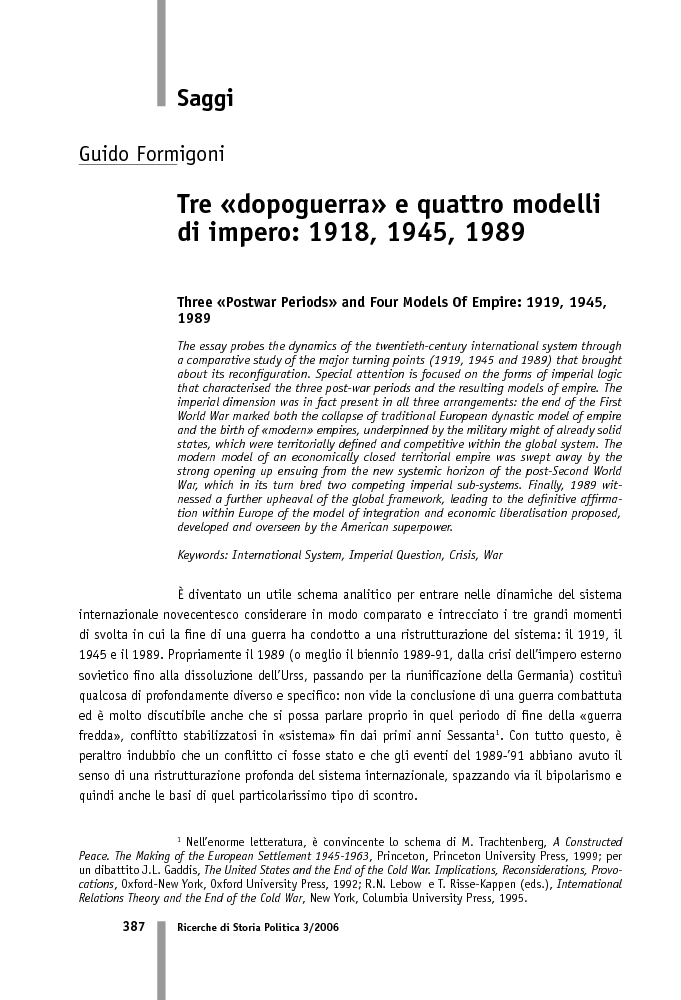