Eurocommunism was a rather complex phenomenon, being paradoxically both permitted by détente and as well as a factor of its destabilisation. Even if there was some ambivalence in the Carter administration about the best way of dealing with it, overall the administration seemed to be rather unconcerned about the phenomenon. Carter had other priorities, and felt the West European countries to be mature democracies, able to deal with their own internal problems. However, whether Eurocommunism was to serve the interests of the US, or rather to be detrimental to them, ultimately undermining NATO by causing a "finlandization" of the West European foreign policies, was an issue that neither the President nor his administration were obliged to solve. Even if the Pci entered the parliamentary majority supporting the government, neither it nor the PCF gained direct access to power during the 1970s. Nonetheless, an enduring result of Eurocommunism was the definitive evolution of the Western communist parties toward social democracy and the acceptance of pluralism. 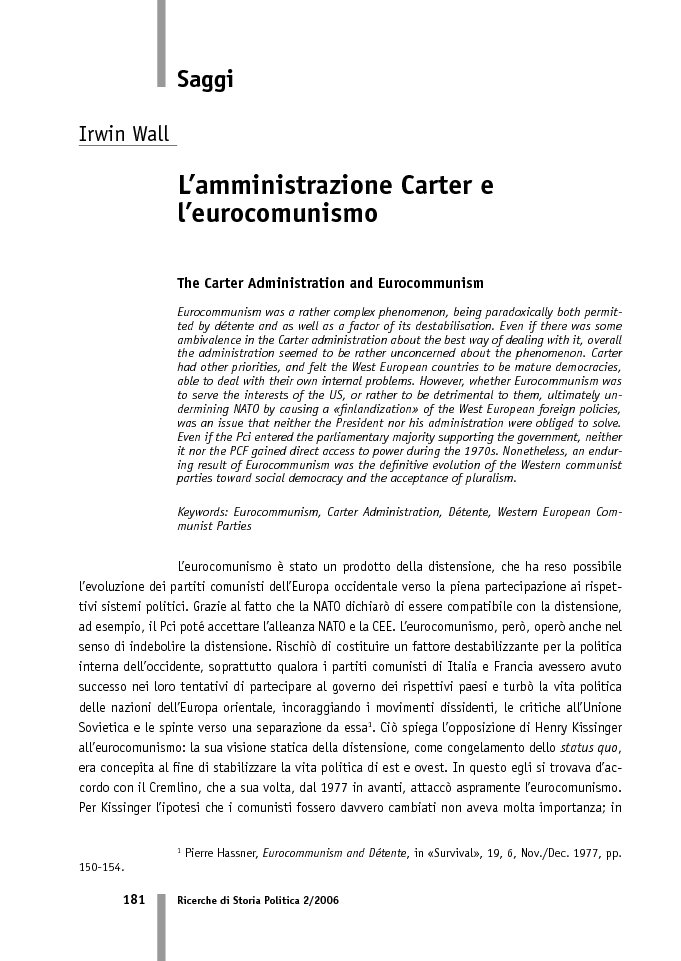