The goals of the article are diverse. In the first place, the Author attempts to detach Mazzini, as a subject of research, from the interpretations which took root after his death, and which went on to influence most 20th-century works. Secondly, he defines the original aspects of Mazzini's approach to politics, based on a existential vision of democracy in which thought and action find expression in the actual lives of exiles and patriots, united in association. Thirdly, he explores the two related themes of the nation, which only with Mazzini became a "political space", and of religion, which played an important role in determining the humanitarian character of Mazzini's project. Finally, he investigates the problem of how this particular brand of democracy was perceived, examining the question of Mazzinian language, and also dwelling briefly on the development of democratic associations in Italy after 1861. 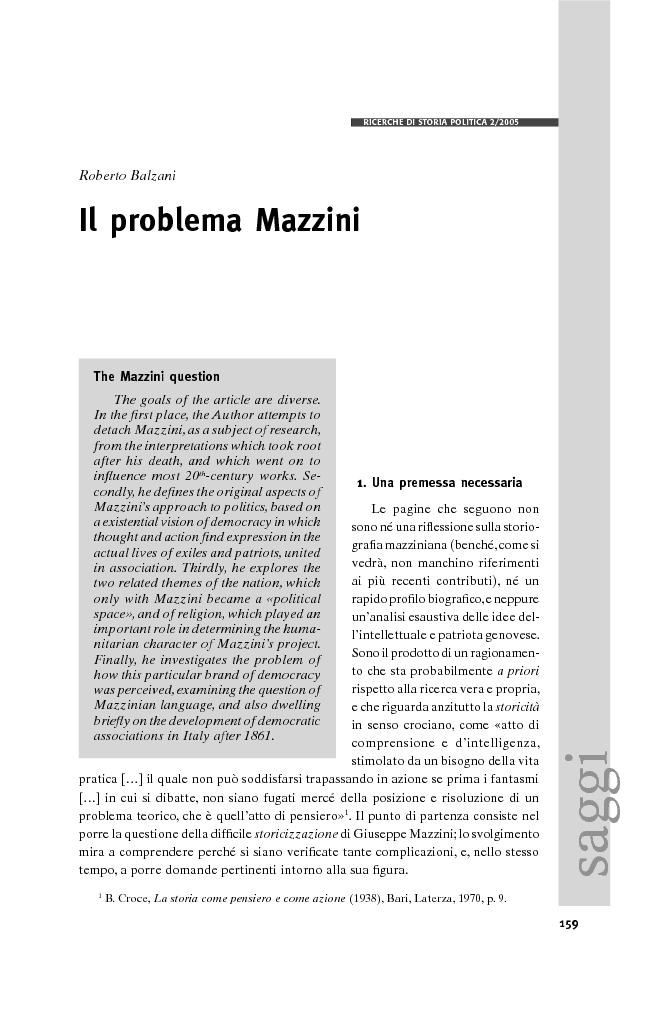