To explain the chain of events that led to the rapid collapse of the Italian political system and the consequent disappearance of the main Italian parties between 1992 and 1994 the national dimension alone is not sufficient. It needs to be integrated with the broader framework of the Cold War and the European integration process. In doing this, the work highlights the difficulties of the Italian political class in facing the challenges posed by the globalisation process, the advance of economic and monetary union, and developments in the bipolar balance; it also shows how their interweaving with domestic economic difficulties and problems of political legitimacy, corroborated by scandals and judicial investigations, slowly but surely undermined the foundations of the so-called First Republic from the 1970s until its dissolution 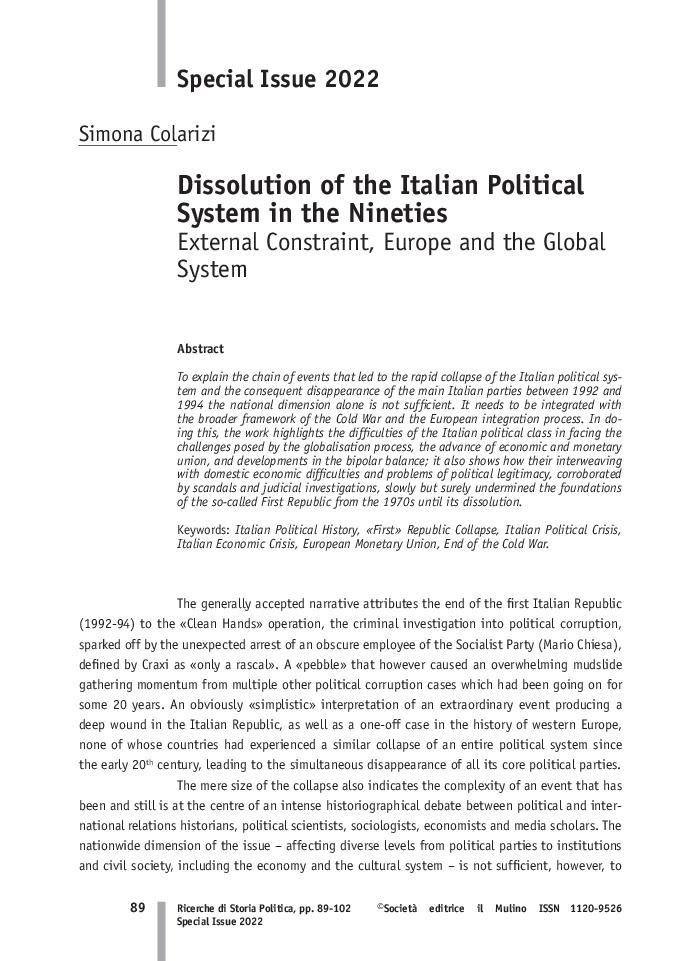