The history of political consultancy began de facto with the firm of Clem Whitaker and Leone Baxter in the 1930s, and came into its own in the 1960s. So, what is a political consultant? How to define its status, both professional and «epistemological»? The modern political consultant as it is understood today emerged relatively recently during the Thirties in the United States (especially California), a very influential decade in the development of private political polling, studying public opinion and broadcasting propaganda – in short, «scientific» and professional electoral campaigning. This article aims to delve back to the roots of modern political marketing and political consulting. Likewise to design a genealogy of this process combining historiography and sociology, and adopting three lines of interpretation: the role of Americanization in exporting the technicalities of political marketing to Europe; the evolution of full-time professionalism in political consultancy; and the issue of status and collective identity raised by such work, particularly as regards the evolution of technology applied to consensus-building. 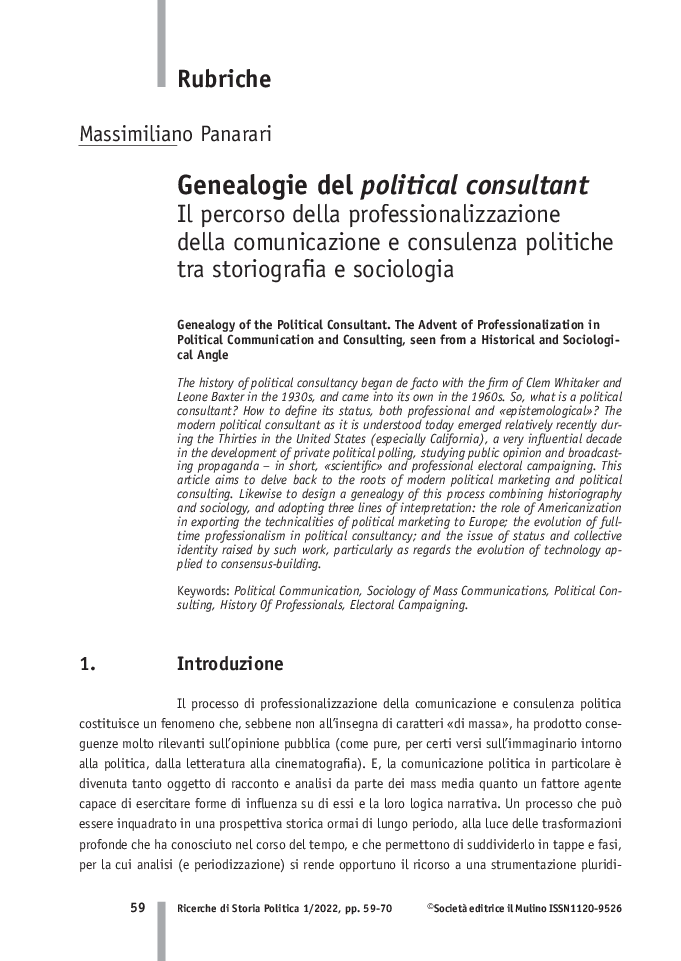