Giovanni Giolitti was a civil servant for thirty-one years. He came on duty at the age of twenty-one on 25th January 1863 as "applied to 4th class" of the Ministry of Justice, he was then magistrate, Inspector General at the Ministry of Finance and, in the same Ministry, Acting Head of the Directorate General of Revenues, and later, Secretary General of the Court of Auditors, and finally, from 21st August 1882, State Counsellor. The appointment to the Council of State didn't keep him from being elected in Parliament on 26 October 1882, since at that time there was no incompatibility between the membership in the administrative judiciary and the parliamentary activity. He took part for the first time in Government from 14th September to 9th December 1890, as Minister for Treasury and Finance. He resigned after disagreements with the Prime Minister Francesco Crispi and he joined again the Government from 15th May 1892, as Prime Minister and Minister of the Interior. His Government, however, had short duration as he was forced to resign, on 15th December 1893, due to the "scandal of the Roman Bank". Giolitti, who was then fifty-one years old, applied for an early retirement from the position of State Counsellor. The pension was liquidated on 31st January 1894 by the Court of Auditors, Section 2. The Prosecutor General of the Court of Auditors appealed to the United Chambers of the same Court, claiming the illegality of the pension. The United Chambers rejected the appeal, stating that it had been regularly calculated. The major jurisprudence journals of the time severely criticized the decision, arguing that Giolitti was allocated a pension amount much higher than that due to him under the law. 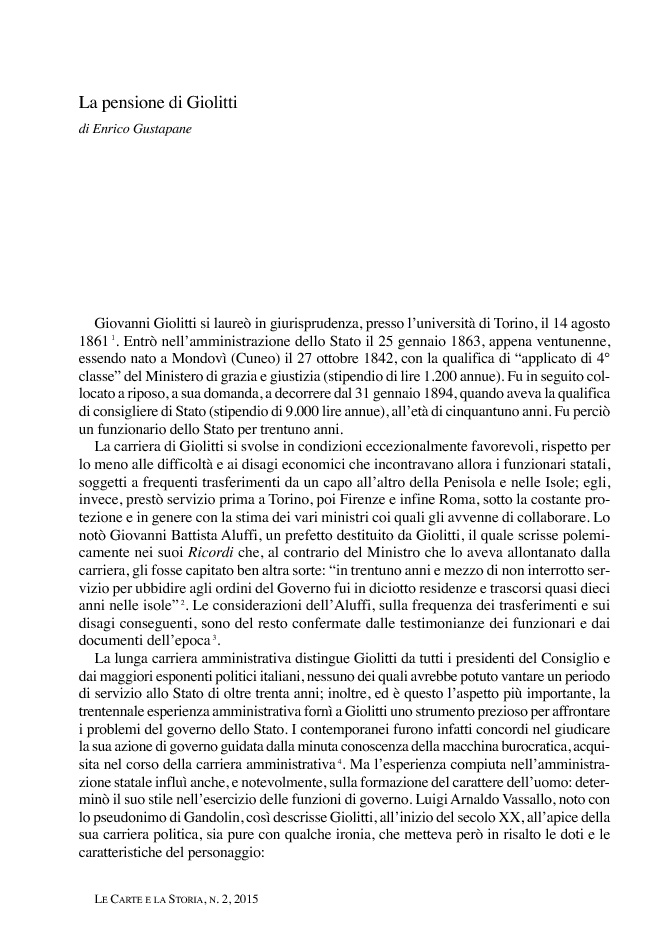