This article is part of a wider study aimed at understanding how the Italian legislator addressed the land issue, especially the problemof the distribution of land property, from 1861 to 1914. The historiography on liberal Italy has neglected (mainly because of the very recent public opening of the historical archives of the Chamber of Deputies and of the Senate) the legislative initiatives which, even though not successful, reveal a remarkable effort to come to a more equitable distribution of land property. During the Giolitti era, Luigi Luzzatti was among the men of government more attentive to the small landed property. In March 1910, appointed presidente del Consiglio, he presented to the Chamber of Deputies a bill entitled "Provvedimenti per la formazione e conservazione della piccola proprietà rustica e per il bene di famiglia". The main objectives were to encourage the creation of a socio-economic system based on small landed property and to protect the inviolable right of ownership of the farmer family. The project had therefore the characteristics of a courageous reform. Luzzatti'e efforts, however, proved to be useless. 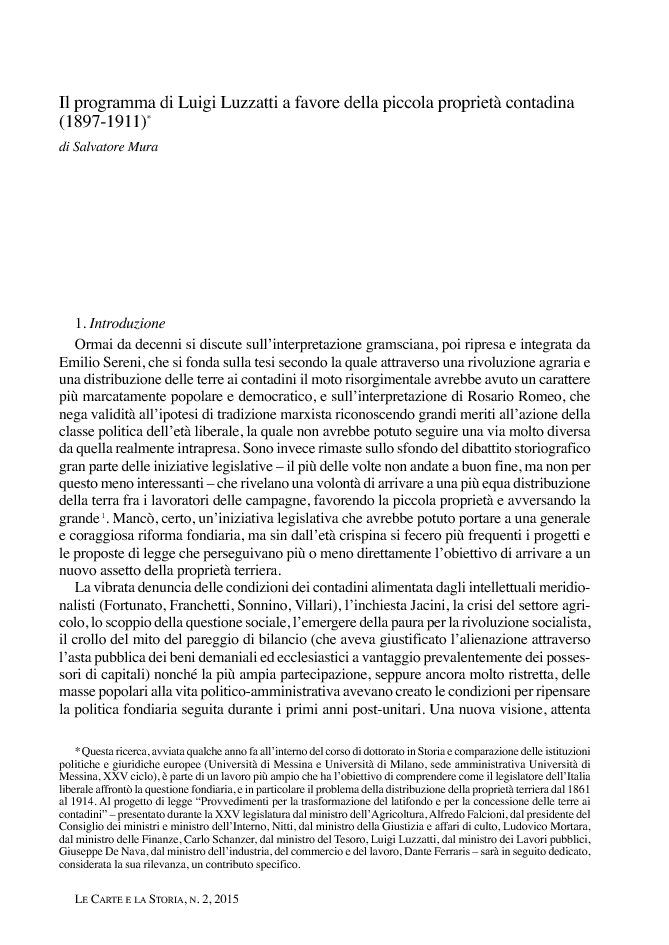