Immediately protagonist of the bloody battles of Frasche and Razzi, the "Sassari" Brigade stood out for its exceptional value and was quoted in the Bulletin of the war with the expression "The Fearless Sardinians of the Sassari Brigade": it was the first time that the Commands, breaking a rigid tradition, were alluding to the regional origin of a department. It followed the transfer to the Brigade of Sardinian soldiers. The myth was built by the war correspondents, recalled by the memoirs, by the official celebrations and by the memories of the veterans. But also by the "Diaries of War", written on front day by day. Exploited by the patriotic rhetoric and then by the fascism, had its own antiwar version ("Un anno sull'Altipiano di Lussu", 1938) that made out of the Brigade the after war "revolutionary storage". In the trenches, in the experience of the tragic futility of the massacre, it was born a new political consciousness. 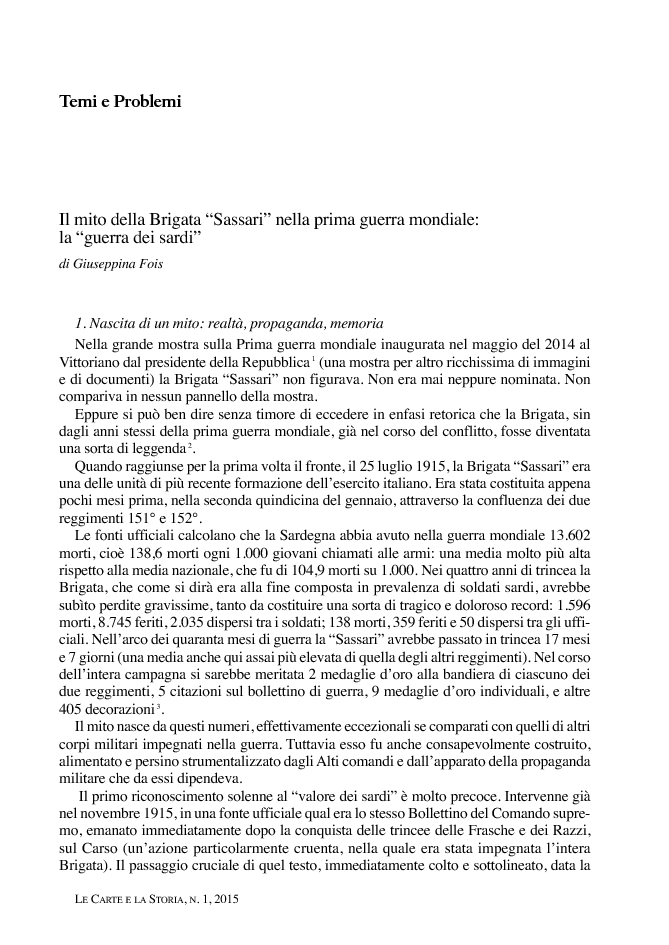