The article considers Cobden's Italian tour in 1847 through a comparative perspective, which leads us to compare Italian and English liberalism. Firstly, the work analyses English political and social context, showing the clash between the aristocratic ruling class and the new industrial classes. The article, therefore, examines the different references of the Leaguers and explains how they succeeded to exploit the lack of representation in British parliamentary system. The success of the League and the actions of Robert Peels government leads to a new institutional paradigm based on liberalism. In Italy the Italian hosts, rather than understanding the political views of Cobden, use the tour as a political propaganda to reinforce their plans of moderate reform. The reports of Cobden's meetings show the contradiction among the Italian ruling classes between the municipal pride and the necessity of the affirmation of the "primato italiano". After a digression about the role of municipalism, the article is concluded stressing the differences between England new statesmanship and the resistance of municipal privileges. 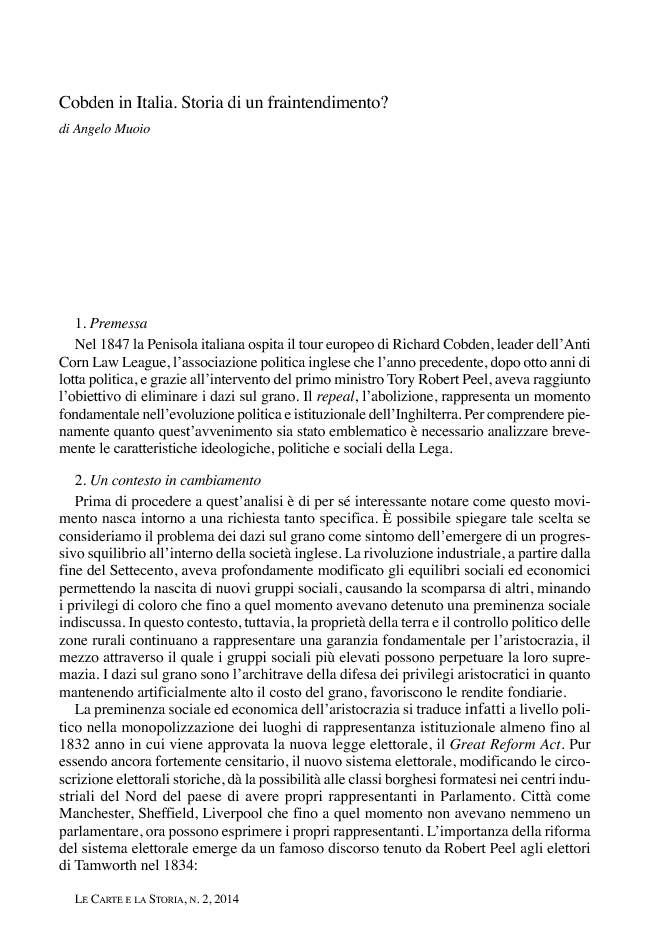