The proposed contribution focuses on the role of military attachés at embassies, and on the importance of the documentation they produced for the study of the political and military institutions in Europe between 1870 and 1914. The study relies on over 6000 reports drawn up during the aforementioned period by French attachés militaires in Italy. These documents allow us to reconstruct the environment in which these officers lived and worked, as well as the network of their sources of information and knowledge. While being mostly concerned with technical matters (arms, patents, uniforms, military structures etc.), the attachés' reports also deal broadly with the politics, institutional scenarios and social aspects of the host country depicting it in unique ways. The proposed contribution operates on two levels: highlighting and defining the role of these military attachés as well as illustrating the value of the documentation they produced, describing its form and content. 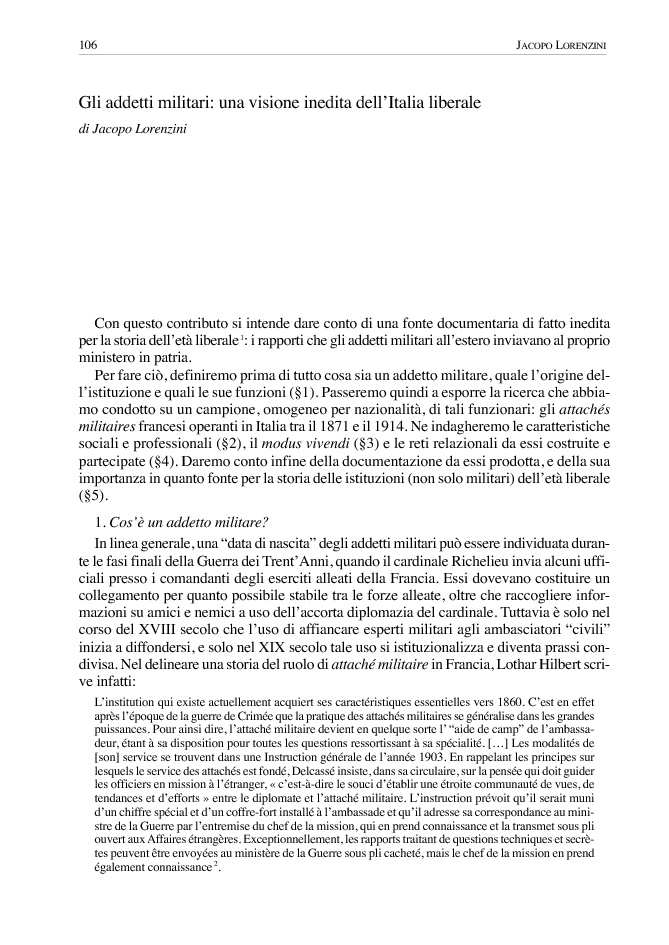