On the occasion of the 150th anniversary of the Unification of Italy many initiatives took place, such as exhibitions, conferences, researches and publications on the history of institutions, under the co-ordination of a Board of Trustees and a mission unit purpose-built in 2007. Five main themes on which to focus were recommended: institutions, language, history, culture and society, work and economy. Among the institutions that have produced more, we remember the Presidency of the Republic, the parliamentary bodies, the "Accademia dei Lincei", the Armed Forces and the Ministry of Defence, diplomatic missions, the "Consiglio Superiore della Magistratura", Anci, Archives and Libraries, the Italian Central Bank, Istat and Svimez. The most recurring topics were those of federalism and regionalism along with the North-South divide, while concerning the history of public administration the attention was focused on the early years of the Kingdom. The article ends with a bibliography. 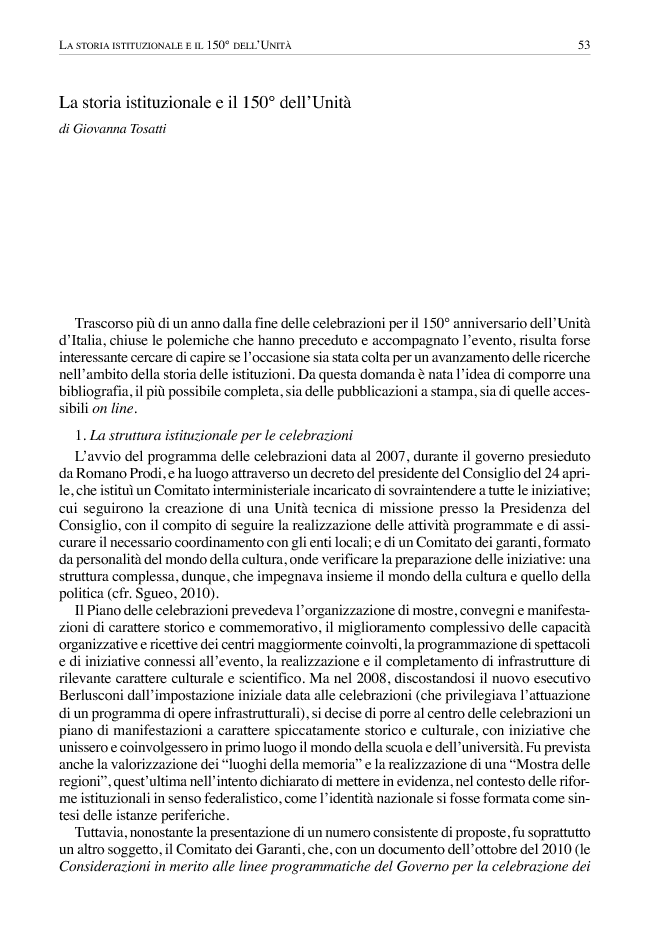