The article deals with the heraldic tribunal of the Granducato di Tuscany and the homologous body after Italian unification. It concerns the period between 1750 and 1948, during which the way aristocracy was perceived deeply changed. The essay reconstructs the origins of the Deputazione on aristocracy and citizenship, its function and its organization as well as its concrete tools. The Deputazione was established to compile the aristocracy Golden Book, a regulation dating from 1750 put under the complete control of the sovereign. However, this aim was never been achieved. The Deputazione continued to exist as an advisory body even when, after the Restoration, the concept of aristocracy started its own irreversible change. Privileging the institutional side, the article reconstructs the structures of the Deputazione and of the heraldic Tuscany Commissione in the Italian Kingdom and highlights some elements of continuity of competences and traditions which were able to resist a radical institutional transformation. Particularly, it is interesting to note how the ancient Tuscan municipal citizenship kept its undisputed authority and its great vitality even after Italian unification. Therefore, the connection between noble title and access to the office of mayor lasted for all of the 19th century. Finally, for both bodies analyzed in the essay, the concept of civic aristocracy imposed a delicate balance between consolidated rights and royal prerogative. 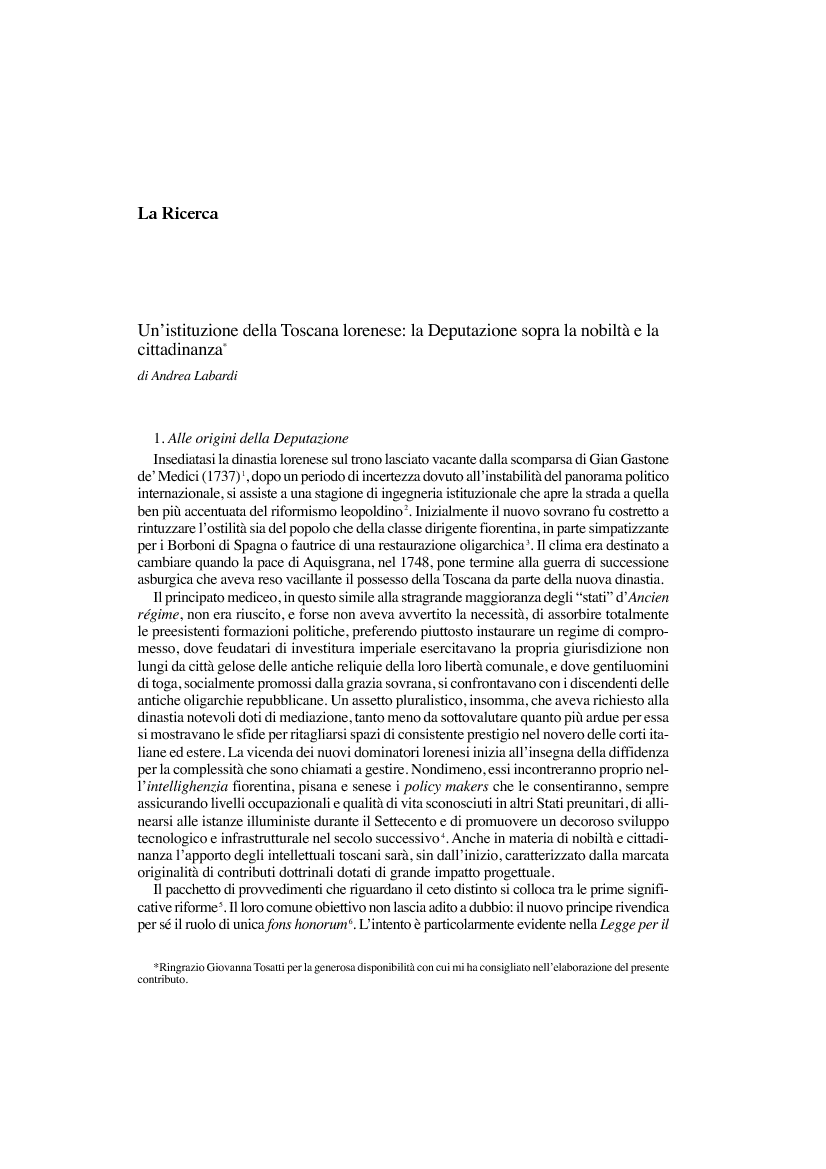