Eminent constitutionalist and protagonist of Italian political and cultural life between the nineteenth and twentieth century, Giorgio Arcoleo (Caltagirone 1848- Napoli 1914) is especially known for his plan to reform the Senate; a plan that, confirming the principle of office for life and the system of categories, wanted a transformation of the Senate from King appointed to partially elected. In reality, this project had to fit into a much broader reform that had as key elements a necessary and urgent renewal of the ruling classes and a new found clarity of institutional relations that would finally clarify the relationship between politics and administration, balancing each with its own sphere of autonomy in the higher unity of the State and its institutions. Thus said, the institutional recovery plan which Giorgio Arcoleo foresaw was also refined through some concrete reform proposals such as the High Court of Justice, careful social legislation and political representation reform for the Upper House (but also advocated for the Chamber of Deputies). The political and constitutional history of Italy, however, failed to follow the path briefly summarized here: the Royal Senate would prove to be impossible to reform and the political liberal classes of the first years of the century would choose to lock themselves within increasingly rigid and authoritarian positions. 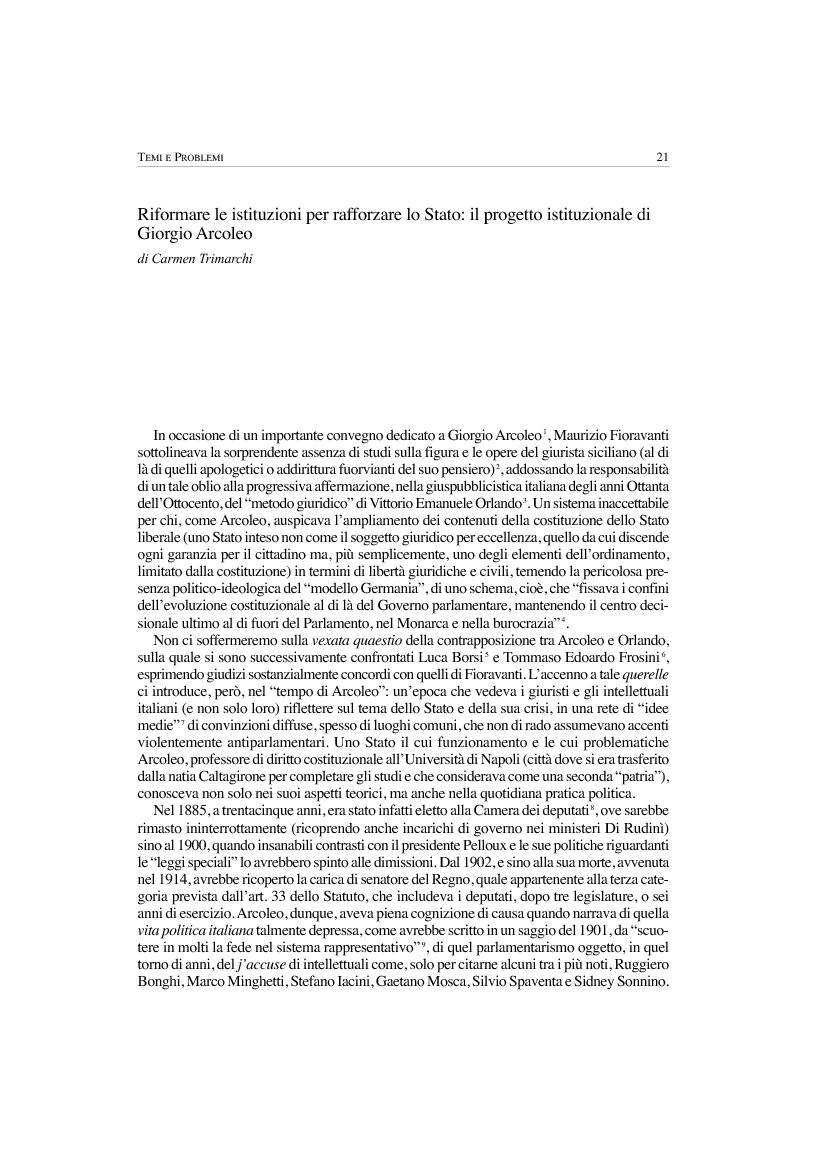