Economic growth of Italy has proceeded in several directions through different ages from the unity of the nation on. Only in recent years, e.g., has Latium caught up with the most highly developed regions of northern Italy, aiming, like the north-east area, at a productive system made up of small and medium-sized industrial enterprises, and furthermore, concentrating on the tertiary sector which produces services for enterprises. Only in Rome and district has the economic development been continuous for over a century, while two provinces of the same region, Latina and Frosinone, begun their own economic growth thanks to a public intervention policy after the second world war. From the 1980s Viterbo and Rieti, the remaining two provinces, have developed especially through local entrepreneurs. As the economic maturity of regions depends on the homogeneity of its various aspects, e.g. similar level of income and specialization in production through out the area, Latium achieved this important result in the 1980s, when northern industry was passing through a crisis. The development of the tertiary sector, particularly in Rome and district, played a central role and supported the industrial growth all over the region. From the unity of the nation on, the supremacy of Rome due to its twofold role of capital of Italy and chief-town of the region has conditioned the economic development of Latium, first slowing it down and later favouring it. In the past, in fact, the tertiary sector hindered industrial growth, but recently its development has allowed Latium to be in line with the most economically advanced regions of Italy. Therefore, in the future Latium will have invest substantial amount of financial resources in the growth of the tertiary sector because not necessarily must the economic growth of an area be based just on industrial development. 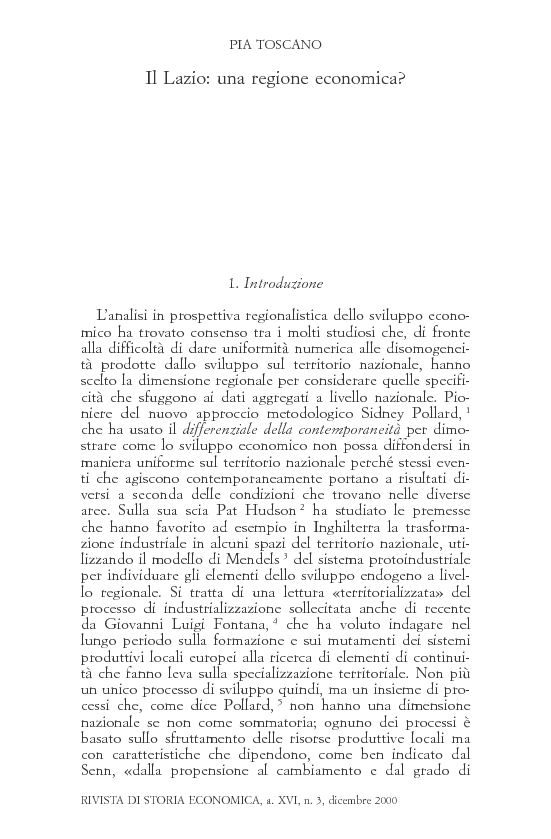