Among the set of stylised facts proposed by Simon Kuznets, back in 1966, as characterising "modern economic growth", the one that most diverges from the alternative description of capitalistic developments emerging from the work of Karl Marx is the role of capital accumulation. While the latter is deemed to be the main source of growth in the Marxian view, it is technological progress and improvements in the efficiency of production which drive modern economic growth. This paper analyses the phases and characteristics of Italian economic development since the end of last century and attempts at interpreting them in the light of the two models. The results of a growth accounting exercise comparing the experience of Italy to the ones of Japan and the US seem to confirm the presence, in the growth pattern of such countries, of features that conform to the Marxian model rather than to the one described by Kuznets. Quite strikingly, such features, which generally characterise the very initial phases of economic development, seem to re-appear in the last few decades, pointing to some sort of interruption of modern economic growth. The common factors underlying the various stages of development across countries are discussed and a possible interpretation of the causes underlying the shift from the two different growth patterns is offered. 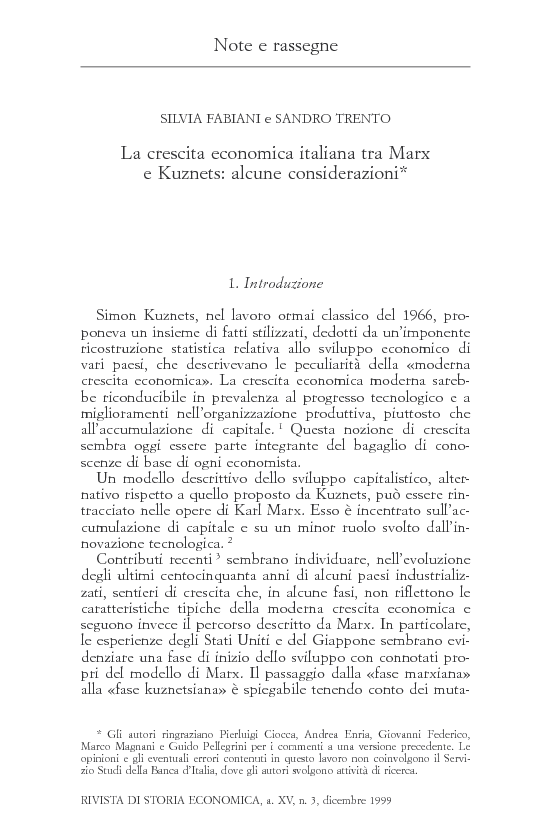