This paper has the aim of reappraising the evolution of the firm size distribution of the «Core» during Italy’s Golden Age. With several statistical and econometric tools, we study the evolution of the firm size distribution of 739 companies belonging to the Core using IMITA database. Results show that during the Golden Age there is a strong upsizing of firms and that Gibrat’s law holds for most years, meaning that firms in the Golden Age may have taken advantage of constant returns to scale justifying their choice of increasing size. IRI firms have a relevant role in this respect. The whole period can be modelled by a Markov Chain process, which guarantees homogeneity across time and between firms, proving that the evolution of firm size, during the Miracle, is not characterized by any structural breaks. The equilibrium distribution finally shows that if the Golden Age had continued, the size distribution of firms would have shifted further, bringing Italian industry very close to other Western industrialized countries. 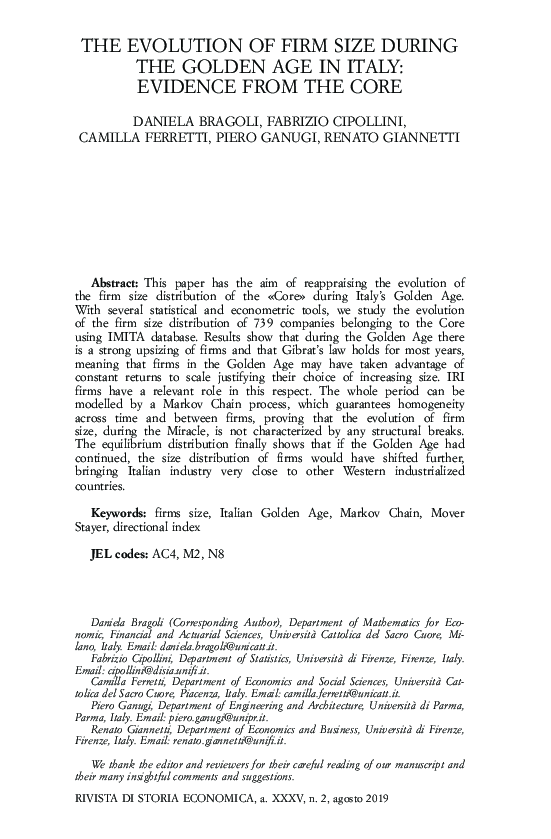