This statistical reconstruction of Italy’s leather industries’ product from 1861 to 1913 illustrates the exploitation of indirect evidence. It provides six series that refer to the new production of footwear, gloves, other leather products, fur products, hair and feather products, and leather, respectively; a seventh tracks the maintenance of footwear, which today’s illogical conventions do not consider “industryµ. Footwear dominated the group, and new production and maintenance were of comparable importance. Curiously, the evidence points to a declining rate of growth of footwear consumption, and thus to a declining income elasticity; it suggests that as income grew the working poor attached a high priority to owning at least one pair of proper shoes, but a much lower priority to owning more than that. 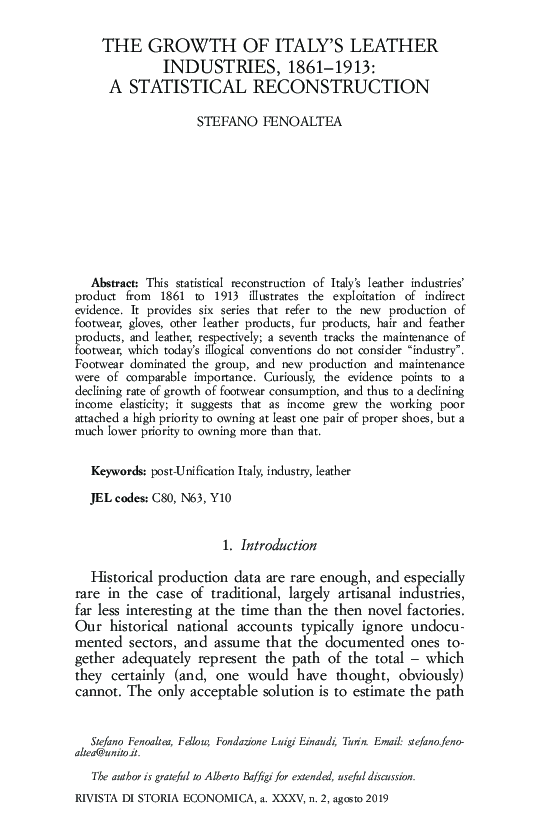