n the period between 1870 and 1913 suffrage was extended significantly across most European countries. However, during this time, contrary to what might be expected in line with the redistributive hypothesis, there is no evidence that redistributive policies were pursued following the extension of suffrage. In particular, there was no clear upward trend in government size in European countries nor was there a shift towards direct taxes. This conundrum can be explained in the light of the social identity hypothesis: the élite, in order to prevent redistributive policies, can find convenient to instil national feelings in the masses. This hypothesis is consistent with what happened in the decades prior to WWI, as nationalism spread across Europe, voters with belowaverage incomes tended to prioritize national interests over class interests. The result was that redistributive claims in this phase were very limited. 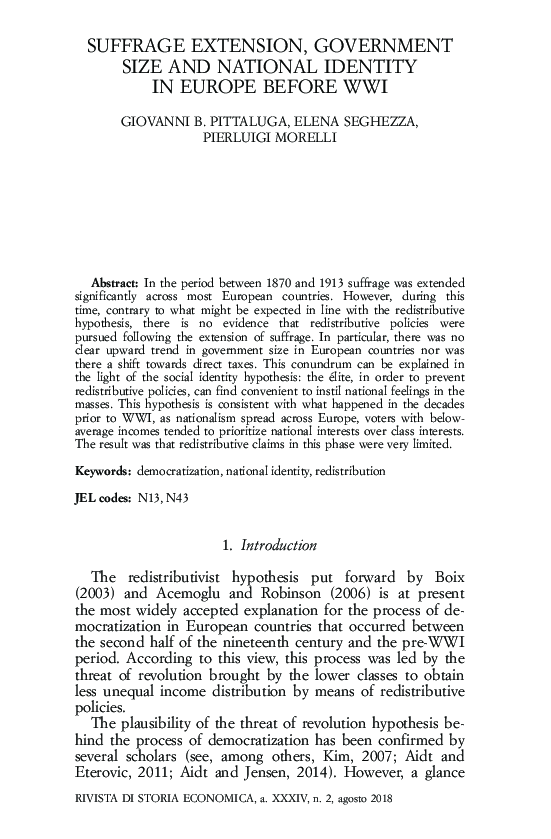