This paper documents the estimated product of the engineering industry in Italy's 16 regions from Unification to the Great War. The estimates are disaggregated to distinguish the industry's major product groups (hardware, general machinery, precision equipment, precious-metal products), and to separate new production from maintenance. Over time, it would seem, the Northwestern regions increased their overall share both because of their advantage in the rapidly growing general-machinery sector, and because they were better able to capture national cyclical upswings, including that in the run-up to the war. 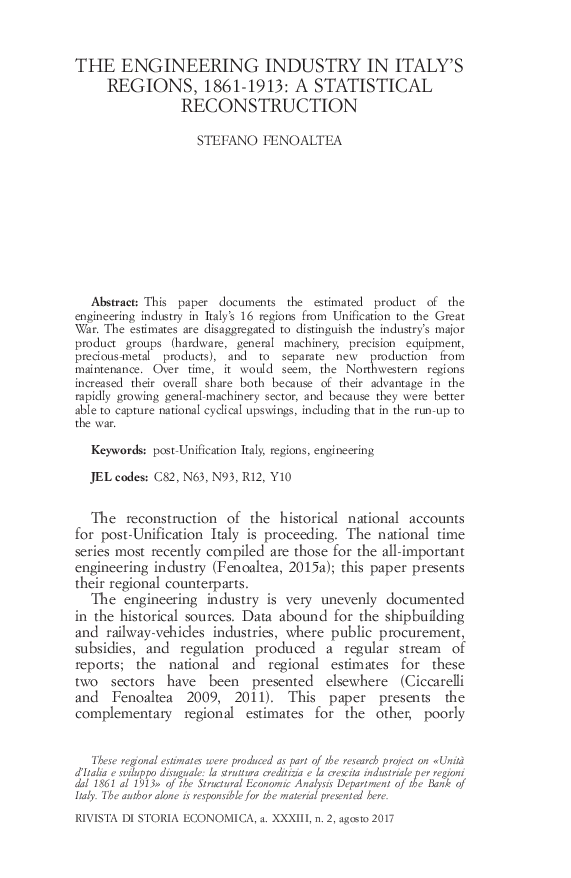