Contrary to a commonly held view, an analysis of Walter Siti's novel "Resistere non serve a niente" shows that the way in which the world of finance is outlined in the book does not offer a key to form an informed judgment on present-day finance. Instead, the text echoes (and elaborates on) a series of topics that already populate public discourse. In doing so, it reinforces a stereotypical view of finance, and makes it look as the epitome of a more general crisis of values. This effect is obtained through three discursive strategies that are central to the novel and constitute the main focus of the present essay. The first is the equation of market and prostitution obtained through an ambiguous interpretation of the notions of economic value, impersonal exchange, and money. The second is the characterization of stockbrokers as ferine, arrogant people in a way that recalls the well-known Keynesian picture of the «animal spirits of capitalism», taken in its current stereotypical (and distorted) sense. The third is the use of redundant and sometimes cacophonous financial technicalities that, in the absence of any explanatory note, generate a confusing impression of meanings in which readers are more likely to get lost than they are to understand the world depicted in the novel. 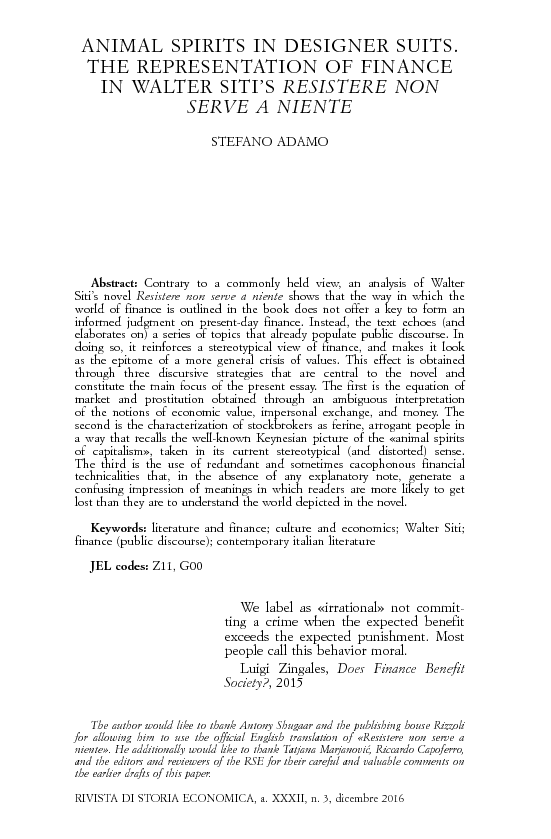