This paper surveys production and commerce in Mesopotamia in the Iron Age, i.e., in the first millennium BC, on the basis of the rich textual data from Assyria and Babylonia. In this period the Mesopotamian economy underwent several transformations that - while maintaining the basic patterns of an agrarian economy sustaining a pre-industrial society - changed its character in important ways. The states/empires, whose reach exceeded substantially that of their Bronze-Age predecessors both quantitatively and qualitatively, interfered increasingly in agrarian production by heavily investing in the infrastructure, thereby increasing the economic output and, concomitantly, the taxable surplus. Especially in Babylonia one observes a tendency towards the specialized production of cashcrops for the market: an additional stimulus for economic growth not only on the extensive, but also on the intensive margin. Economic growth and increasingly complex consumption patterns among the elites furthered artisanal production. Commerce depended on the increasing monetization of exchange. Long-distance trade always saw an important element of state interference through the involvement of royal merchants, but local and interregional trade in staples and in artisanal products was overwhelmingly in private hands. Overall, however, the agency of the state was crucial for economic stability and growth also in this sector of the economy: the state created not only much of the demand for finished products, but also a framework of legal and economic institutions that answered the needs of an increasingly complex system of economic exchange. In conclusion it is argued here that the approach of the Northian school of New Institutional Economic History is particularly well-suited for describing the patterns of economic change in the period under discussion. 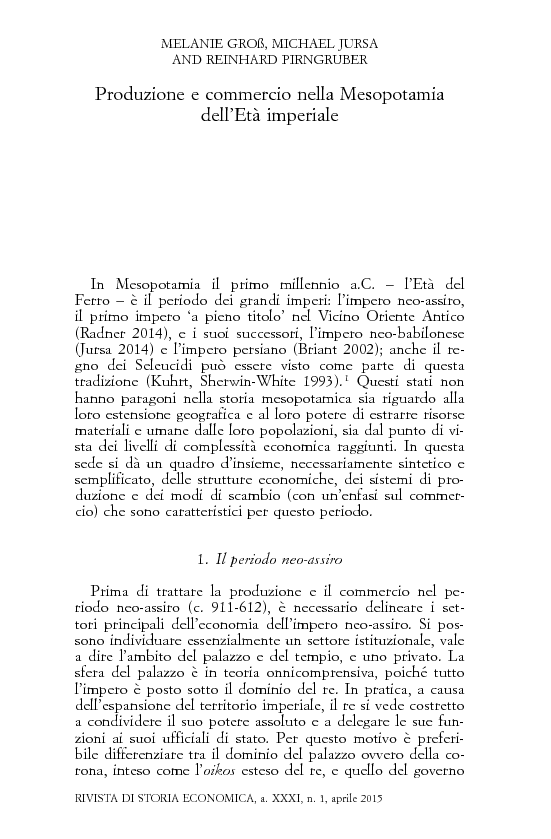