The long-distance trade organized at the beginning of the 2nd millennium BC (Old Assyrian Period) by the inhabitants of Aur established the importance of this city state as one of the most prominent in the Mesopotamian trade network. With no specific production besides donkeys for commercial caravans and a well-developed private textile production for export, Aur served as an intermediary for the trade of metals (tin, gold, silver, iron), precious stones (lapis lazuli, carnelian), and local and imported textiles. This international trade, carried on by independent merchants, was controlled and encouraged by the Aur kings and assembly. Assyrian merchants settled in several dozen Anatolian localities. In the central bureau of this trade settlement network, located at Kültepe, ancient Kane, 22,500 cuneiform tablets were found; they document the elaborate organization of this long-distance trade and its financing. 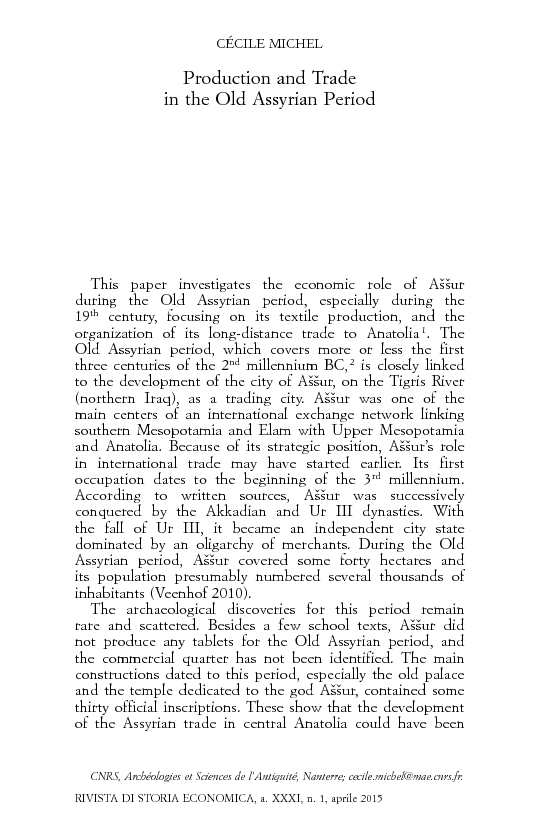