One of the main problems discussed in the recent history of the IRI (in four volumes) concerns the judgment of continuity vs. change in the life of the IRI before and after the Second World War. In particular, vol. 2, edited by Franco Amatori, presents a thorough discussion of the elements of continuity. In parallel the needs for change are emphasized, determined by the new economic and political position of the country during the 1950s and the early 1960s. The IRI, in particular, got increasingly involved in new channels of State intervention in the economy, such as the drive to "planning" and the problem of backwardness in "Southern Italy". The suggestion that Pasquale Saraceno, the key figure in the transition, was unduly influenced by the lures of Catholic Social thought does not stand up to scrutiny and Saraceno emerges as a pragmatic and realistic reformer during that time. His action was however unable either to prevent or stop the mounting difficulties of the IRI. 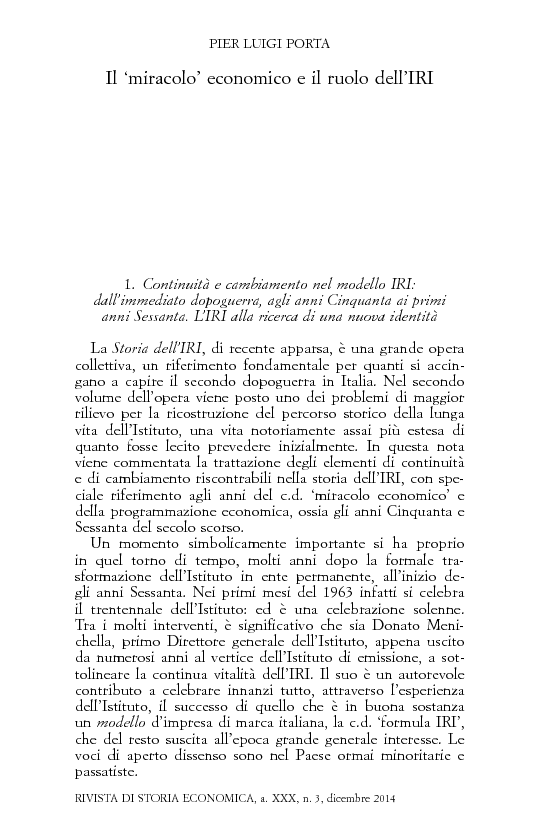