The system of stockpiling was established in Italy, even under the pressure of falling prices, in 1930 when the voluntary organization of storing grain was entrusted to the Italian Federation of Agricultural Associations, which was later to become responsible also for the voluntary storage of cotton in 1938. After 1940, when Italy entered the war, the network of stockpiling not only had to fulfil the functions of management and programming, but also fix the ceiling prices on food products and their rationing, as well as increasing controls to fight the tendency of producers to avoid legal obligations. In this paper we will try to draw a picture of the situation of stockpiling in the aftermath of World War II. This contribution, which is part of a much larger study, will examine, in particular, the aspect of financial interventions connected with compulsory stockpiling in Italy in relation to the financing of the public debt. And, therefore, the main source, though not the only one, for this kind of analysis, which produces some results that are not well known, must necessarily be the official financial statements and Annual Reports of the Bank of Italy. 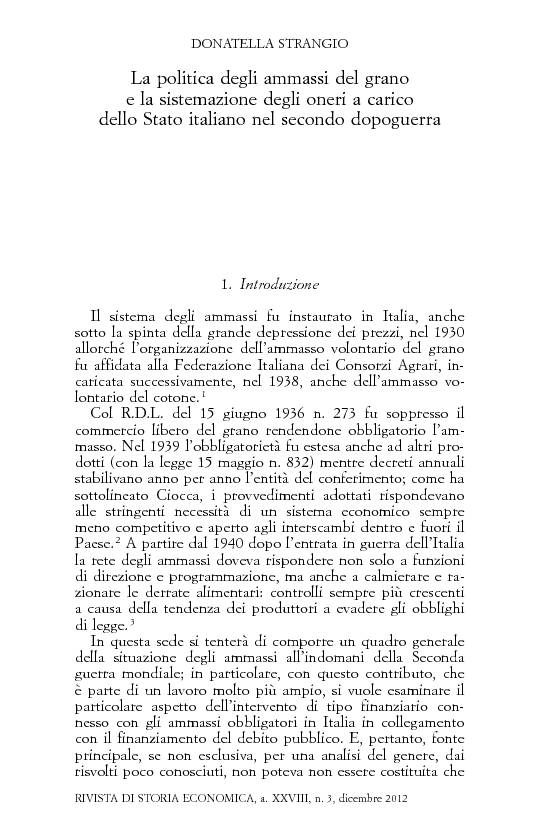