Einaudi's contribution to an understanding of pre-1914 Italian economic development has so far been somewhat belittled. A close analysis of his works, together with the contributions of other scholars of the Turin School of economics, reveal a well-structured interpretation of the behavior of the Italian economy during the thirty-year period from the early 1880s up to the First World War. Einaudi examined the phenomenon by starting out from a theoretical apparatus built around a classical-Marshallian vision of economic development and a set of business cycle theories focusing on credit and money. Based on an extensive set of statistical indicators, Einaudi's interpretation is that of an economy which underwent a prolonged period of gradual strengthening, displaying a cyclical tendency defined by roughly twenty-year periods, with a particularly sharp growth spurt between 1898 and 1908 (the so-called «Giolittian growth»). This was made possible by the increase of gold, which had a twofold repercussion: on the one hand, it was among the elements that led to a greater availability of capital on the international level, and on the other, with the constant (but contained) increase in prices, it favoured the activities and expectations of industrialists and traders. 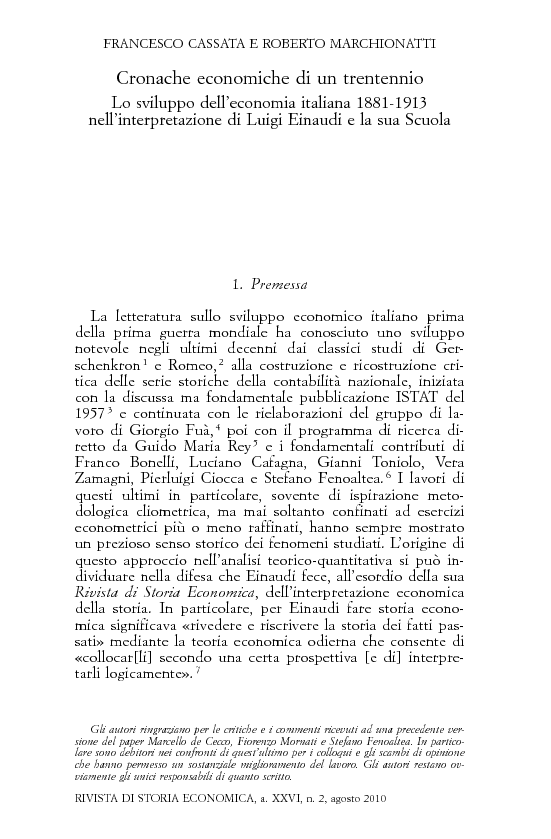