Commodities in Babylonia were valued mostly in silver or gold, but paid with other commodities like barley, fabrics or cattle; Kassite Babylonia was no exception. Every commodity used as "money" was converted into its equivalent in metal, and this is our main source for establishing "prices". Equivalences, however, are based on standard rates (e.g., "1 kor barley = 1 shekel silver"), rather than on the actual market rates of the commodities in question. It is accordingly necessary to distinguish between the total "price" in silver or gold of the commodity sold and the "value" attributed to the specific commodities actually used as "money": the same cow, for example, could have been differently valued as the object of a transaction and as "money" paid. This contribution presents in tabular form the prices quoted in published texts of Middle Babylonian times, but these must be read in the light of the norms governing price formation in antiquity. 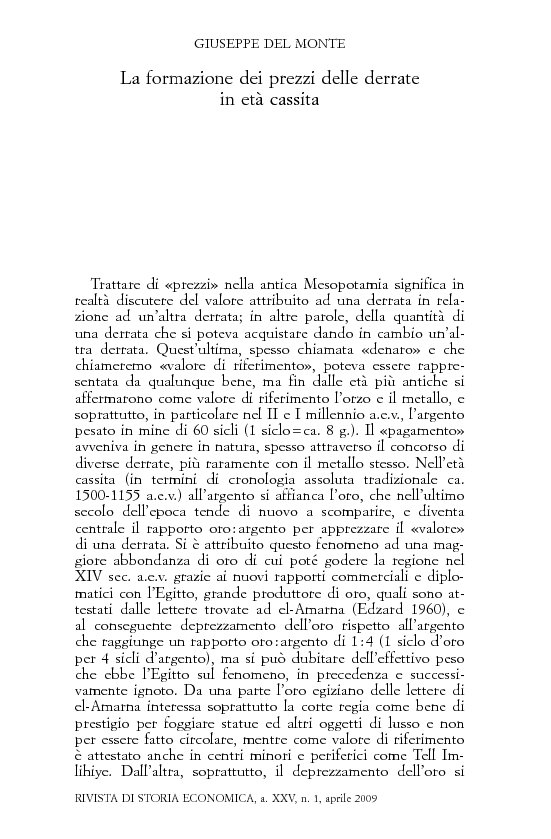