It is widely believed that only primitive, barter economies existed prior to the introduction of minted coin (VII century BCE). The hundreds of thousands of cuneiform tablets to which these essays refer attest that already in the third millennium BCE. The Ancient Near East and Mesopotamia in particular saw frequent economic transactions and the consistent employment of a wealth of contractual instruments. We can ascribe to that area and period the first means of payment, among which the foremost was silver. Silver was employed as a form of money; the invention of minted coin was a natural step forward in the evolution of this metal as a means of payment. In spite of this evidence, however, such scholars as the followers of Karl Polanyi on the one hand, and Powell and Foster on the other, are still divided as regards the role played by silver in the period considered. The rich source of data and the huge amount of information mentioned above however, still remains to be thoroughly investigated. Four fifths of the tablets hesides, contain administrative, accounting and legal documents which directly shed light on the economy of the time. A thorough examination, therefore, requires an interdisciplinary approach, involving economists along with assyriologists. 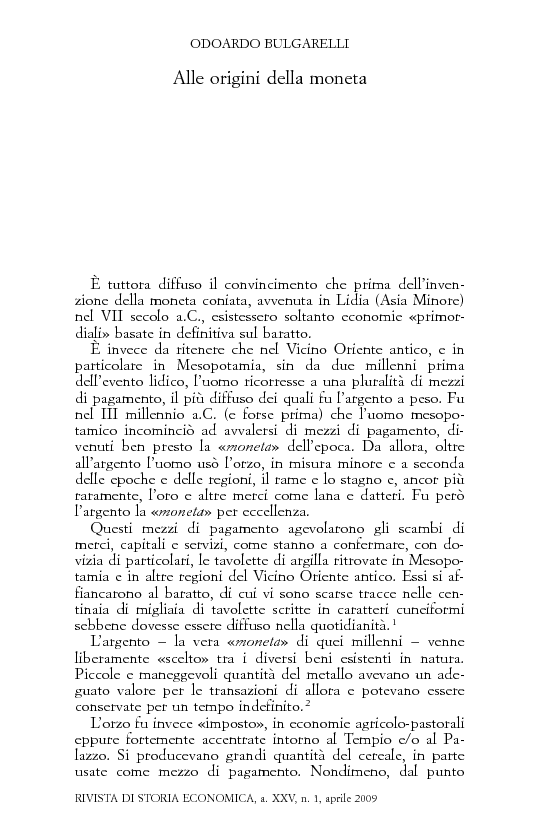