Luigi Einaudi's writings on economic developments in Italy and the world, comments deriving from his direct experience, are a gold mine of ideas, key issues and points of view. Faced with the complex, dramatic events of the interwar period, Einaudi made a formidable contribution to their analysis. He was prescient in noting the root causes of world economic instability, which eventually resulted in the catastrophe of 1929: war reparations, the return to the gold standard at an overvalued parity, and debt. He had a lucid awareness of Italy's peculiar position within the international economic system. He was one of the few economists to realize the absolute inevitability of the revaluation of the lira after 1925 and of the economic reconstruction worked by the state through the Institute for Industrial Reconstruction, created in 1933, and the Banking Law of 1936. Consistent with his free-market approach and with his liberal ideals, he could not agree with the kind of public intervention that prevailed in Italy after 1925. He failed to grasp the principal peculiarity of the Italian economy in those years, namely that wages were reduced to an instrumental variable. This did not prevent an unerring judgment, of the political and institutional regime that held sway in Italy during the interwar decades, irremediably critical as early as 1924. 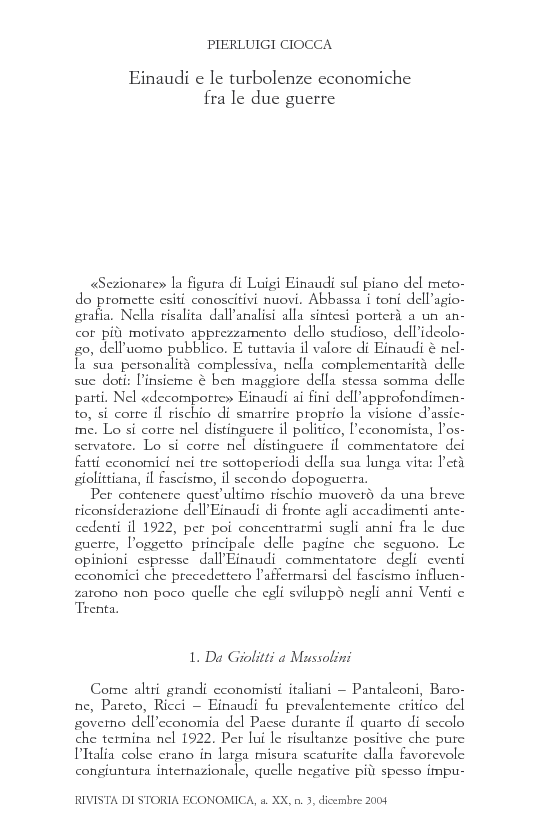