The article deals with the international monetary relations around the years of the crisis of the Bretton Woods system. This contribution is based on new US sources recently released, and on French public and private archives, as well as on the collection of oral sources available in Paris at the Georges Pompidou Foundation. Thanks to these sources, the article focuses the monetary troubles of the late 1960's and the 1970's in the framework of the increasingly difficult relationships between the EEC and the United States. It shows as well that evolution of the US position has been influenced only partly by Nixon's domestic approach to the main economic policy problems, and especially to foreign economic policy. The US administration had in fact a strategy that was reconsidering world economic balance of power, in which Europe could be an economic competitor and not anymore only a political partner. For the European countries, and especially for the EEC, the discussions about the reform of the monetary system shown the lack of a real common vision of the international economic situation. Part of them were politically still too close to the US to permit the development of a real European point of view. On the other hand, the other countries, like France, were still looking for a new strategy that included the revival of the European economic and monetary union - despite the end of the "franco-fraçaise" approach to international economic and monetary problems. 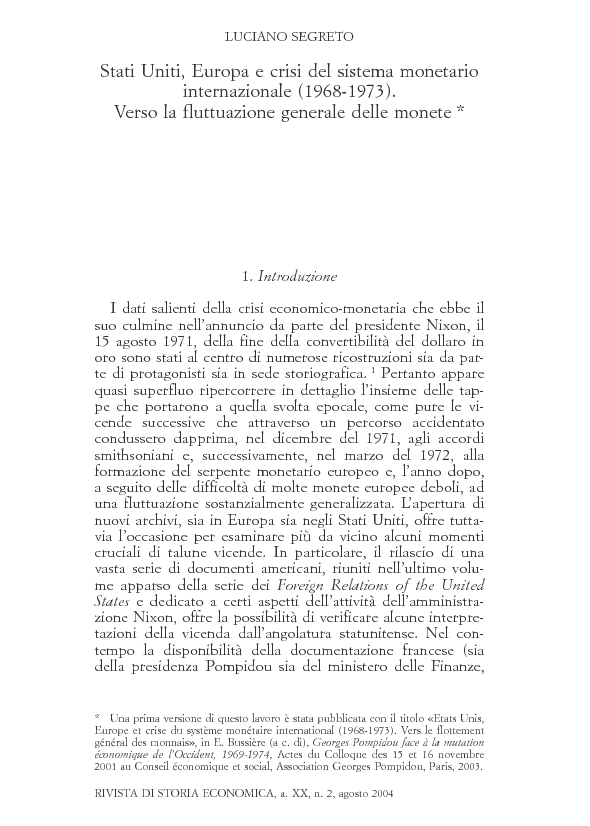