The essay focuses on Commissioned Officers’ deviance and peacetime military justice in Liberal Italy. Firstly, it outlines the socioeconomic and cultural composition of the Italian Officer Corps between 1861 and 1914. Secondly, it examines the code of behavior and the set of values the military penal codes and the disciplinary regulations established both in the public and private sphere. Thereafter, hundreds of martial courts’ verdicts are examined in order to reconstruct how/why COs offended, how they defended themselves, how trials worked and how judges sentenced these crimes. Particular attention is paid to the most common COs’ crimes: embezzlement, insubordination and abuse of power. In so doing, the essay contributes to research on the Italian military in two ways. On the one hand, it highlights the difference between COs’ and rank and file’s criminality, the judges’ agency and the ratio of peacetime military justice. On the other hand, it sheds some further light on Italian COs’ profiles, their public image, their everyday lives and the honor code their behavior had to be consistent with. 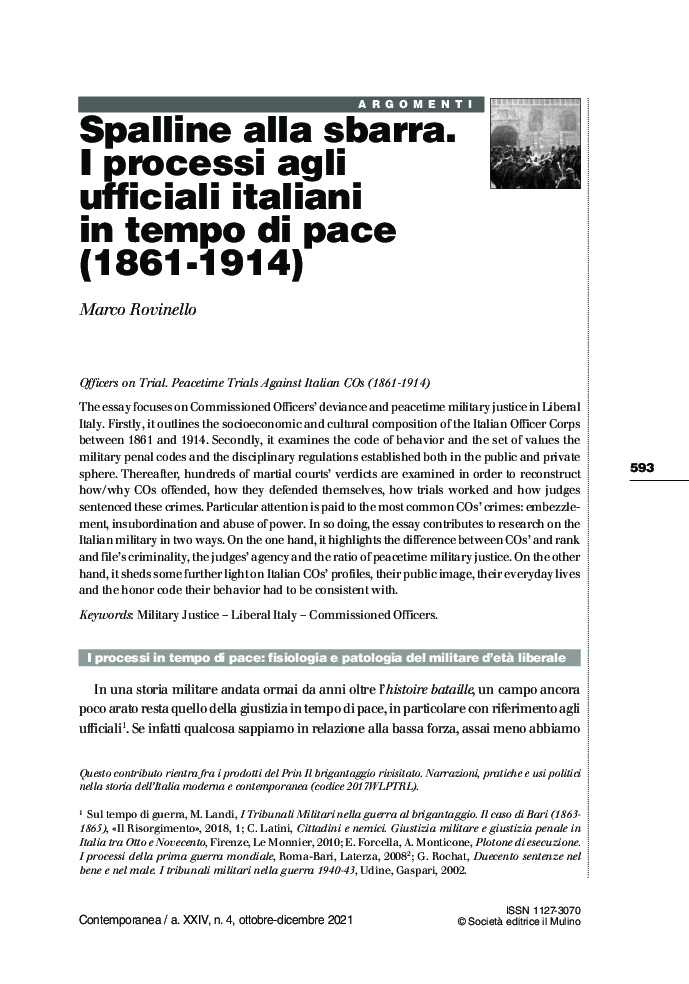