During Fall 2018, the Italian Directorate General for Archives could identify and recover several documents that Guido Buffarini Guidi, Mussolini’s close collaborator, had kept in his home during the years 1938-1945, although most of them were clearly part of the archives of the Ministry. The documents were recovered and now they are in the Central State Archive in Rome. The documents were not properly organized and in this study we are presenting the first results of their reorganization, as well as the research of possible connections with other archival sources in the Central State Archive. Among the Buffarini Guidi’s papers, are of special importance those concerning the persecution of Jews in Italy since 1938 to 1945, with regard to the drafting of the measures against Jews in 1938 and the attempt to renovate them in 1944, the attitude of the Church in 1938, the relations between Buffarini Guidi and Giovanni Preziosi, head of the Ispettorato della razza in the Fascist Republic, the fate of Oscar Morpurgo, an Italian Jew who was found of some interest by Buffarini Guidi, mainly because of his vast properties. 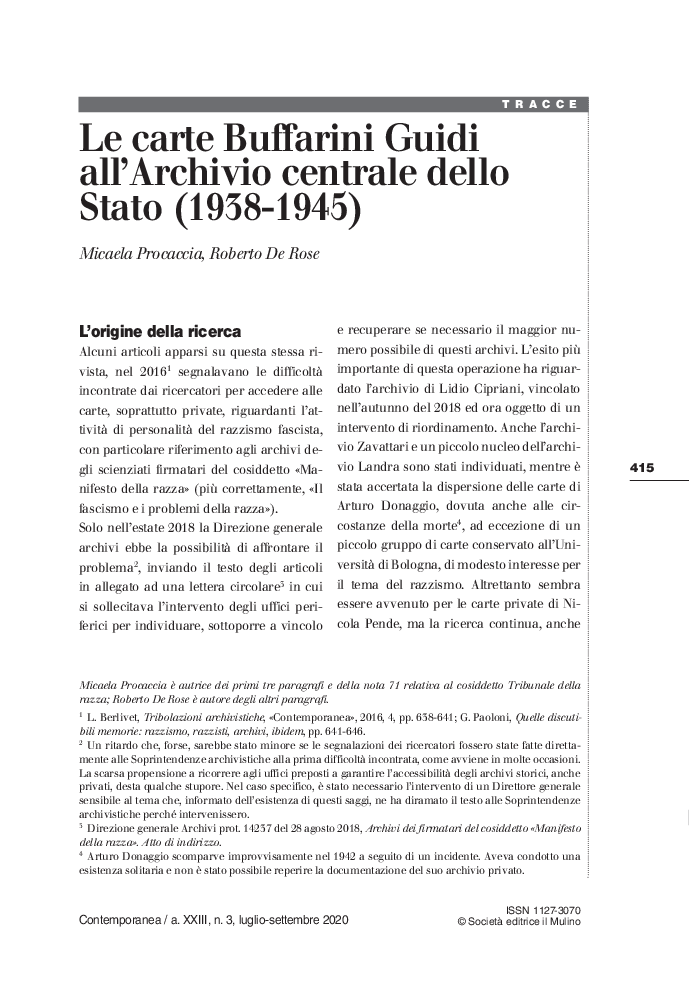