This paper deals with an important edition of the Robert Michels’ correspondence (between 1913 and 1921) with some most prominent European scholars (Max Weber, Simmel, Sombart, Durkheim, Sorel, Hamon, Pareto, Mosca, Loria, and Einaudi) and other intellectuals. At this time Michels had already lost his confidence in the democratization of political parties (the first disentchantment – Entzauberung – on his social scientist’s way) and was recognized as one of the advocates of the elitist paradigm. First World War, foremost intended as a conflict among the most civilized European States, led him to a new research program – the sociology of nations – followed by the discard of the principle of national self-determination. This was the second disentchantment in his intellectual life, which led him to endorse a plebiscitary and authoritarian notion of democracy. 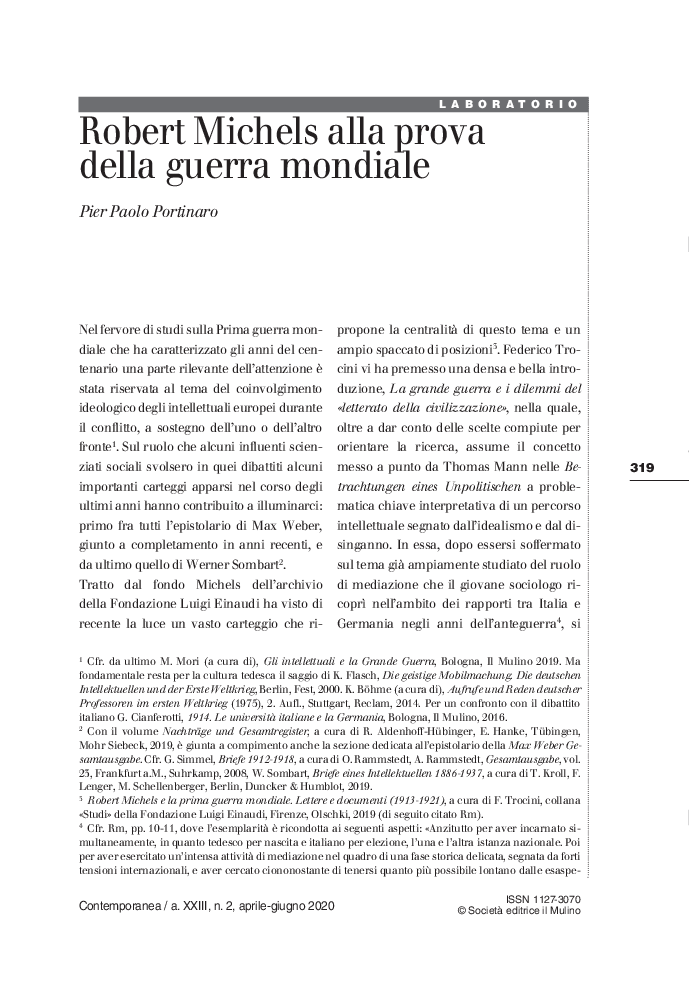