Drawing on three cases of rural labour in the Us plantation economy between the 1930s and the 1960s, this article intervenes in the debate on free and unfree labour interrogating these categories in a 20th century context. In the beginning of the century the legacy of slavery was evident in the «cotton belt» where Afro-Americans sharecroppers and common labourers continued working in coercive conditions and scarce mobility until the 1940s. With their Great Migration northward, the changes of the Second World War and the expansion of agro-business in the West and East coast, there was a demographic shift in the rural workforce which increasingly incorporated migrants from Central America and the Caribbean, often recruited as guestworkers or working without documents. Through various forms of pressure, fraud and exploitation, growers often constrained these migrants in unfree forms of labour that echoed those inflicted earlier on Afro- Americans. At the same time, their legal status, which excluded them from the privileges of citizenship, the opportunity to acquire it, together with state policies, employers’ new forms of exploitation and the tactics of migrants themselves, transformed the mechanics of coercion and eventually what «free» and «unfree» labour meant in the 20th century. 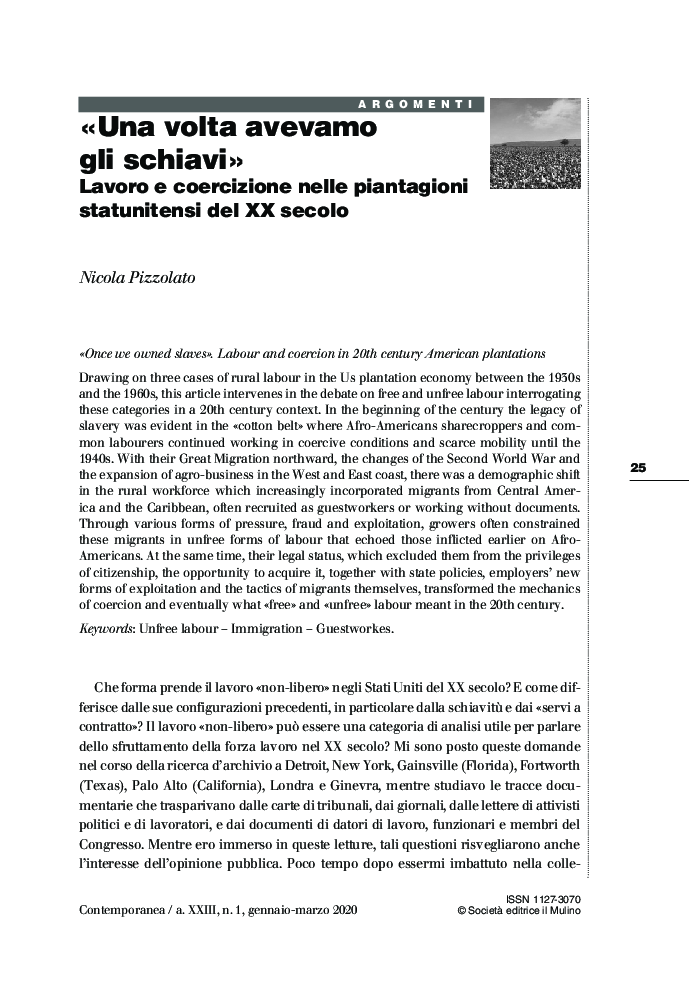