During the Cold War, the Conference of European Churches (Kek) represented an important meeting platform for Christians (Protestants, Anglicans, Orthodox) both from the East and from the West. The analysis of the participation of the Russian Orthodox Church allows to focus on the interactions between ecumenical dynamics and the political processes of the bipolar conflict. On the basis of a study of unpublished documents from the archives of the Council for religious affairs of the Soviet Union, the article examines the period between 1975 and 1985, from the signing of the Helsinki Final Act to the election of Michail Sergeevič Gorbačëv as secretary general of the CPSU. The reports by the metropolitan Aleksij, the future patriarch of Moscow, on the meetings of the Kek certainly reflect the condition of dependence of the Patriarchate of Moscow from the Soviet political power; they also highlight the ambivalences of a Pan-European ecumenical network, in the context of the Cold War. Still, the Russian Orthodoxy and Western Christian worlds initiated a path of dialogue, which made possible relations between distant religious universes, alien to each other. 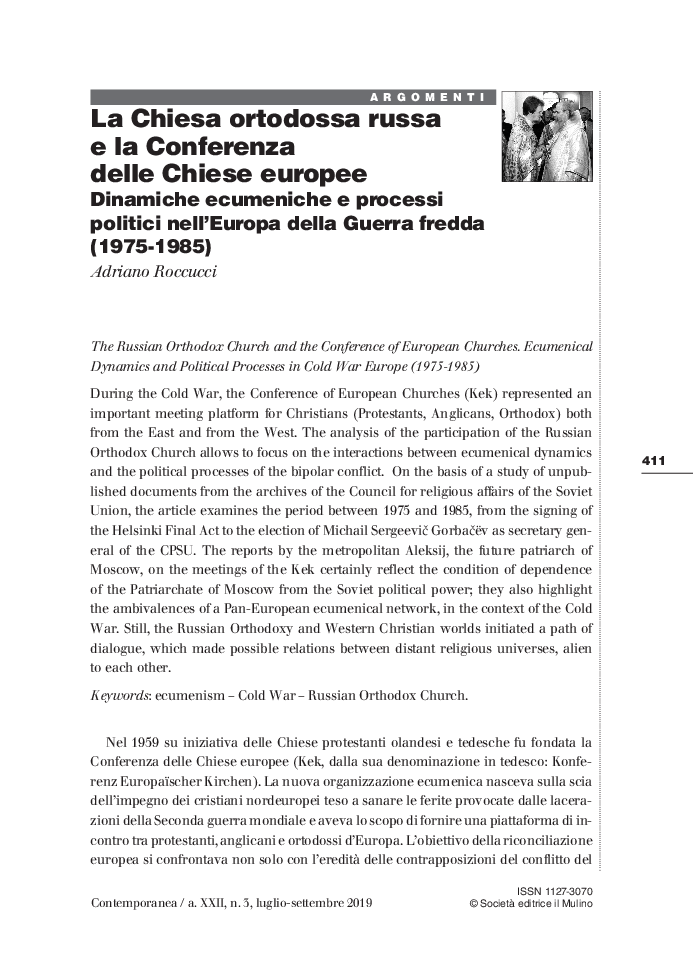