The essay attempts to analyze a particular aspect of transitional justice in Trieste between 1945 and 1947. The focus is on the local Cas (Corte d'Assise Straordinaria), which was responsible for prosecuting crimes of collaboration committed during the Nazi occupation. A substantial part of trials held by the Cas of Trieste concern crimes against the Jews and this court is the only one on North East Italy where this issue gets so much attention, confirming the particular situation of the city, where there was one of the most important Italian Jewish Communities. Most of the indictments concerning crimes committed against Jews refer to property. In fact, the properties of Jews who had been deported or who had left the city after the Nazi occupation feed a black market involving a large part of Triestine society. In particular, a large number of women manage the requisition and the sale of fine furniture, antiques and precious objects. So the presence of so many Jewish properties in Trieste identifies a specific category of collaboration with the Nazis, characterized by a gender perspective. Attention is focused particularly on the case study of Cecilia Villeni, employed by the Nazi commanders of Trieste with the task of drawing up an inventory of confiscated Jewish properties and charged, in 1944, with the possession of stolen goods. 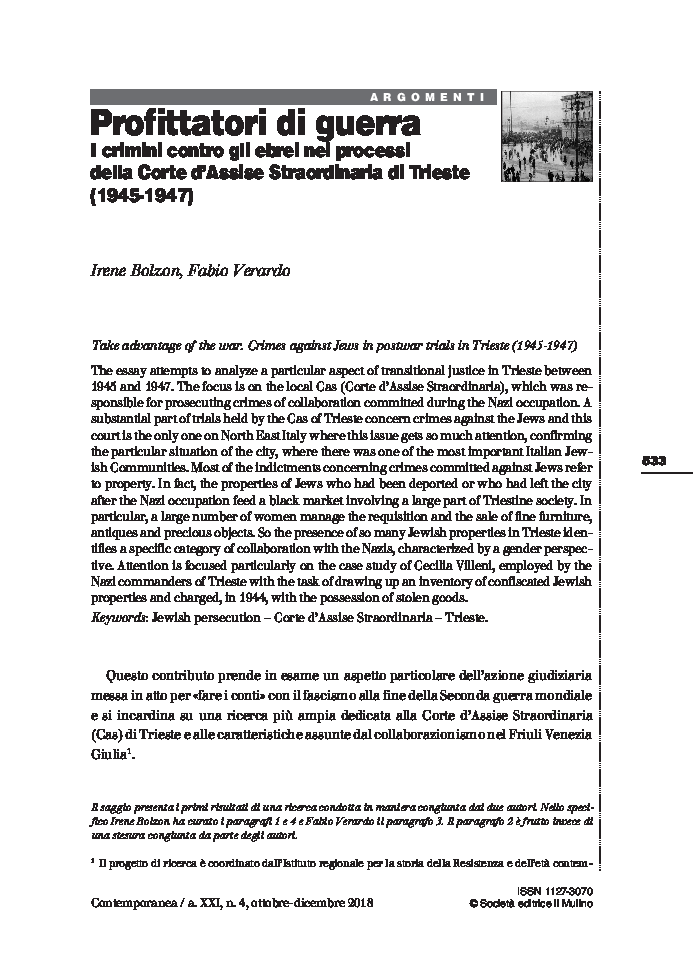