Not many studies, in reference to the Roman situation, have examined the way in which social groups are distributed within the urban space. As far as we have an evident framework about the socioeconomic profile of the areas that deploys the city, it is mostly on the residential models of the upper-middle class, the «bourgeois Rome», in which the historical studies has achieved appreciable results; the studies pursued by the working class appears to be less analyzed. This paper tries to analyze the residential choices of the workers of Breda through the information transcribed in the companies register. This reflection face a period of great changes for the Capital such as the one between the two World Wars, deals with urban history themes - particularly regarding the survey about the features of the residences, the formation of social identities in the urban environment and the role played by public politics, and labour history - in the wake of the experiences in this field of research with the opening of the company archives. 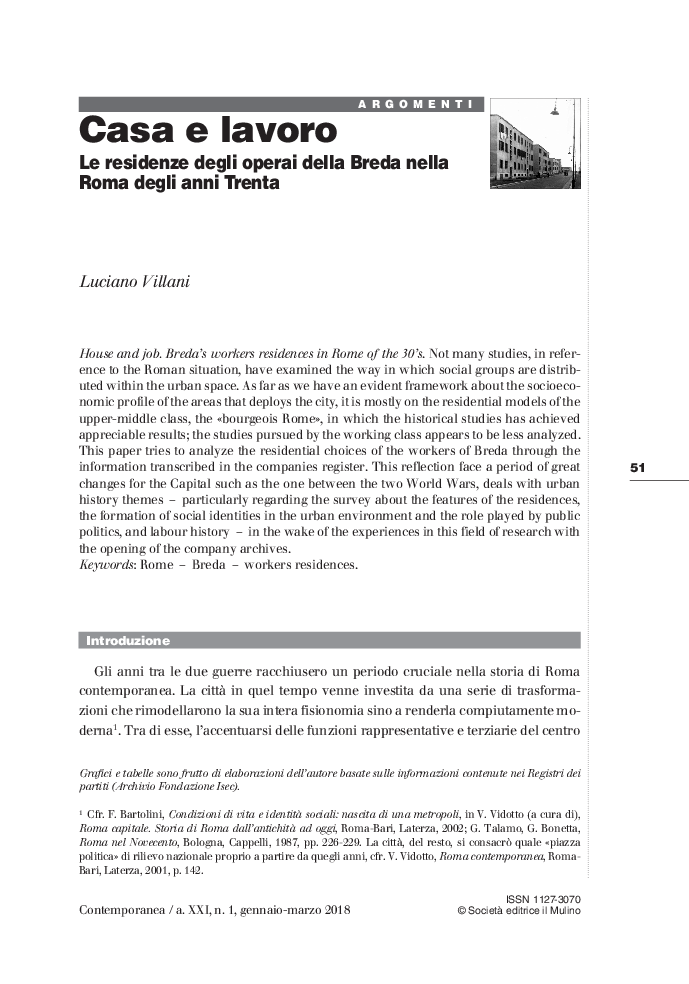