This paper explores the topic of the relationships between Jewish culture and nationalism, between Zionism and colonialism looking at the public discourse of Italian Jewry. The research examines the major magazines of Jewish (Zionist and not) press, active between XIX and XX Century, by combining the analysis of rethorical and narrative production with the examination of archive sources. The author believes that birth of Zionism and the insistence, within Jewish cultural world, on the national and ethnic roots of being Jew, nourished an ambiguous and complex relation with right wing nationalism - fascism included - and colonialism. During Libya war, and later during Ethiopian campaign, a relevant part of Italian Jewry, claiming Mediterranean roots of Jewish civilization and its intrinsic modernity, did not linger to recognize the «progressive» and «civilizing value» of nationalism. This showed a deep affinity with the lexicon of Italian colonialism, feeding a widespread consensus of Italian Jews towards the regime. 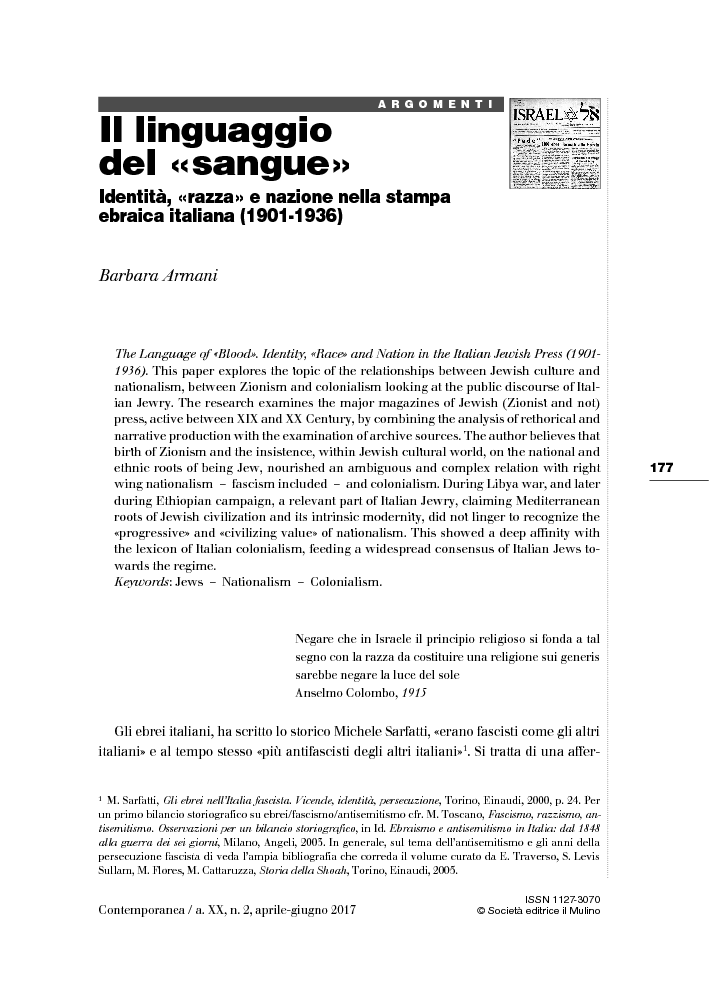