This paper aims to analyze some hitherto neglected aspects of the crucial relationship between politics and religion in the 1930s and in the early 1940s, through the particular lens of the antifascist revolutionary group Giustizia e libertà (Gl). A special attention will be devoted to its awareness of the religious nature of the Italian and European crisis in the interwar period, and its deep links with the national cultural tradition. By highlighting the figure of Umberto Calosso, a minor representative of the culture from post-war Turin, a scholar of literature in exile between the two world wars, and a promoter of several debates within Gl, this paper will follow the developments of a research and reflection, involving, among others, Carlo Rosselli, Franco Venturi, and Aldo Garosci. Its purpose is to shed new light on the already wellknown political dimension of Gl and to find out its deep and hidden roots, by focussing on the search for immanent forms of religion, consistent with socialism as well as liberalism. More than developing a «political religion» mimetic and alternative to Fascism, or a laic and democratic «civic religion», Gl unfolded its capacity «to learn from the enemy», drawing on its historical, literary and philosophical interests about Renaissance, Enlightenment, and Risorgimento, in order to define new utopias and heresies. 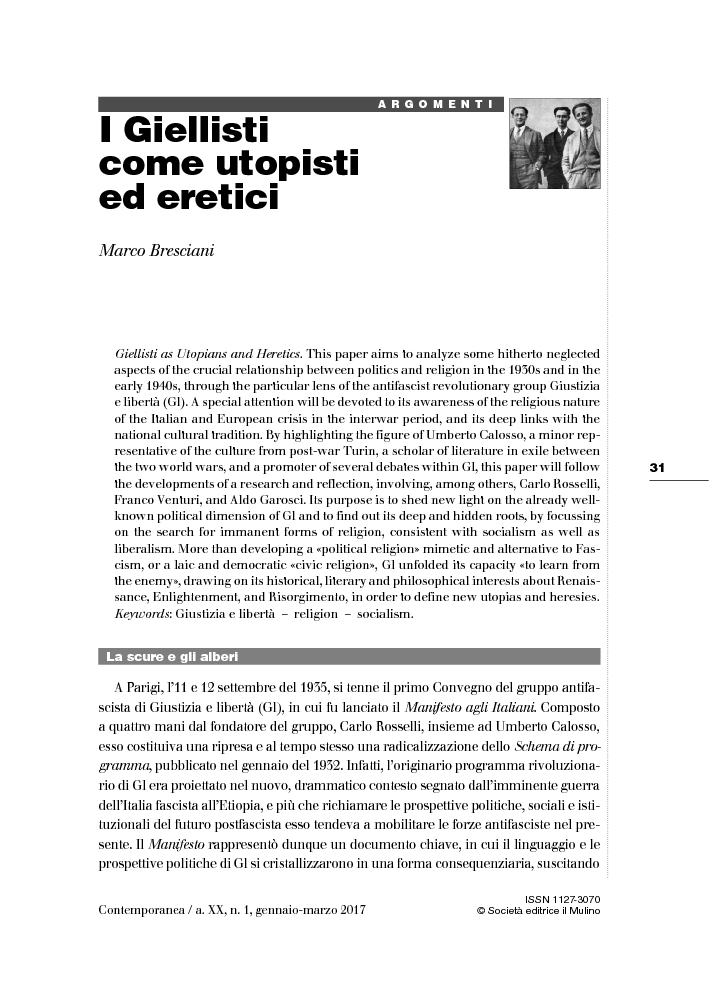