Public Law 480 (PL 480), signed by President Dwight Eisenhower in 1954, inaugurated the most important and enduring international food security program launched by the United States. This paper focuses on the application of this law, from its approval, to its transformation into the Food for Peace Program (1961), and relies particularly on Congressional Records and the collection of records of the Foreign Relations of United States (Frus). By analyzing the application of the PL 480 in Colombia, the paper argues that this program, initially designed to eliminate the surpluses of US agricultural production, became a cornerstone of US economic assistance towards developing world. The study of the impact of PL 480 on Colombian economy, made through the reports produced by Colombian and US agencies, shows that the proceeds of the sales of US products were reinvested into programs of technical assistance aimed at improving the productivity of the agricultural sector in Colombia. This use of sales proceeds corresponds to a turning point in US-Latin American relations in which food aid and foreign technical assistance coincided. Colombia is a particularly important example of this dynamic. 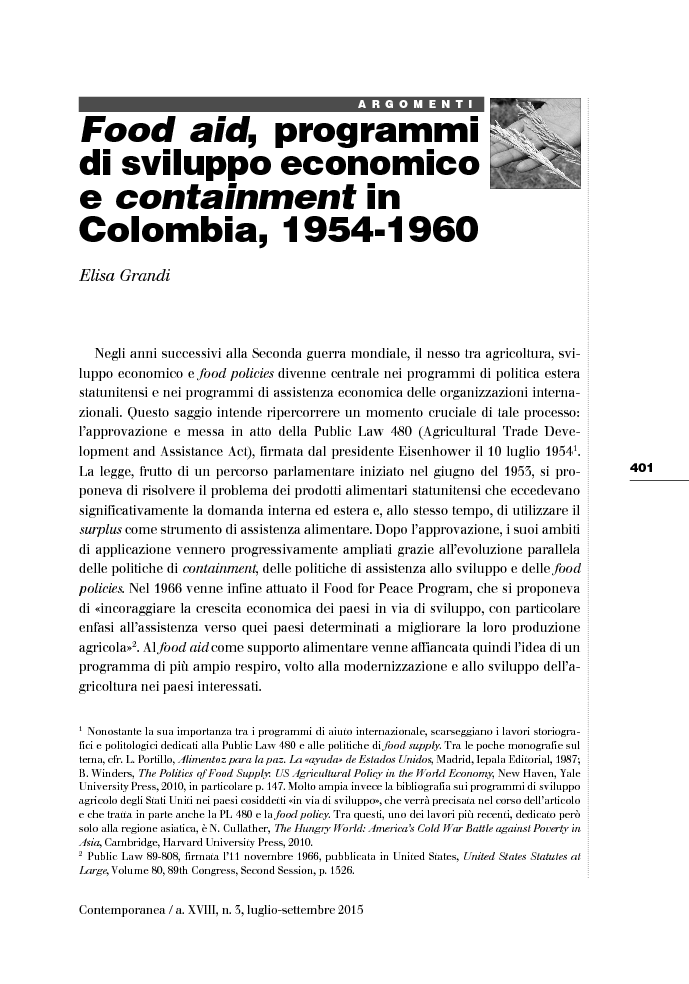