After Tito-Stalin split in 1948, the Yugoslavian regime reviewed its national and foreign policy. It established the strategy and goals of the non-alignment movement and, at same time, an ambivalent Yugoslavian-American partnership. Anti-Americanism in Yugoslavia has ensued this political evolution; therefore the anti-American propaganda, shaped on the Soviet example in the 1940s, echoed the proclamations of the non-alignment international movement. For the Communist party and in particular for its leaders, anti- Americanism was an instrument to confirm the loyalty to the world-wide socialist cause, and legitimate their power in front of the public opinion. Furthermore, Anti-Americanism was meant to give evidence of Yugoslavian independence in front of western allies and to offer the example of a non-alignment foreign policy. Thanks to the analysis of Yugoslav press, the government official policies, and the documents of the U.S. Department of State (the Foreign Relations of the United States), the author has examined the phenomenon of the Yugoslavian anti-Americanism as a key of historical understanding of the «Yugoslavian grey zone». 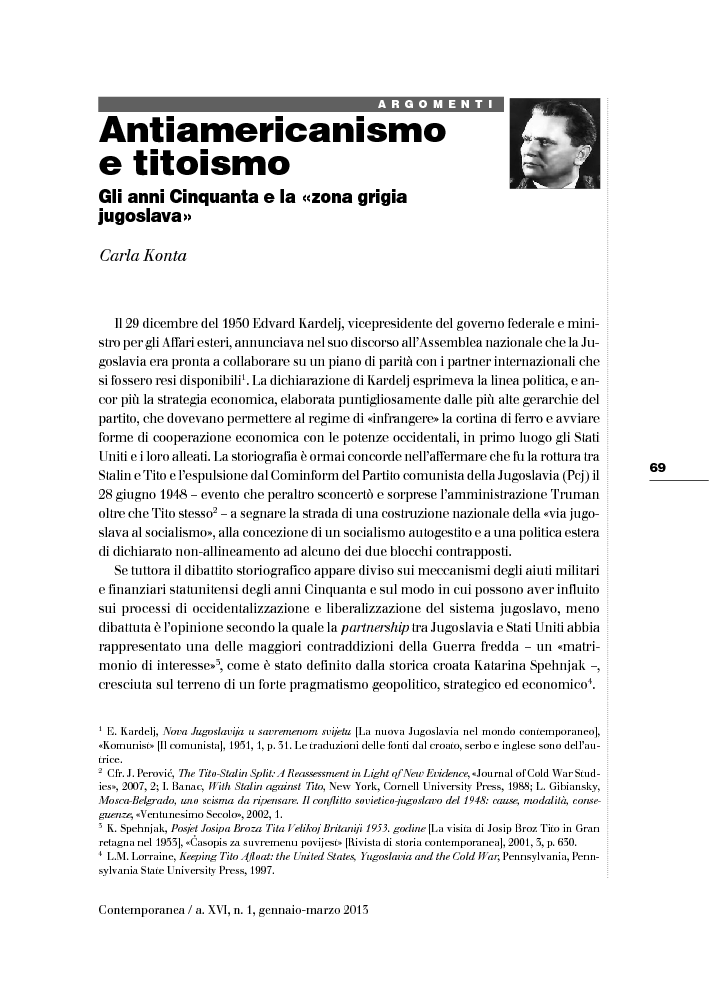