This article deals with a topic that has largely been neglected by historiography, i.e. the «war of waves» that took place among Italy, Great Britain and France in the late 1930s, particularly in 1938-1939. Since 1934, Italy decided to use the newly established radio station of Radio Bari to broadcast programs in Arabic in order to increase its influence in the Mediterranean area. Progressively, Radio Bari became more and more anti-British and anti-French, as it was used as a tool to challenge London and Paris colonial presence in North Africa and the Middle East. In 1938, both the British and the French adopted counter-measures in order to balance Radio Bari's successful propaganda: the Bbc inaugurated an Arabic news program, the so-called Radio Daventry, while two French radio stations started hosting programs in Arabic, respectively in Paris (Radio Paris Mondial) and Beirut (Radio Levant). This article largely investigated documents located in Italian, French, Moroccan, British and American Archives. 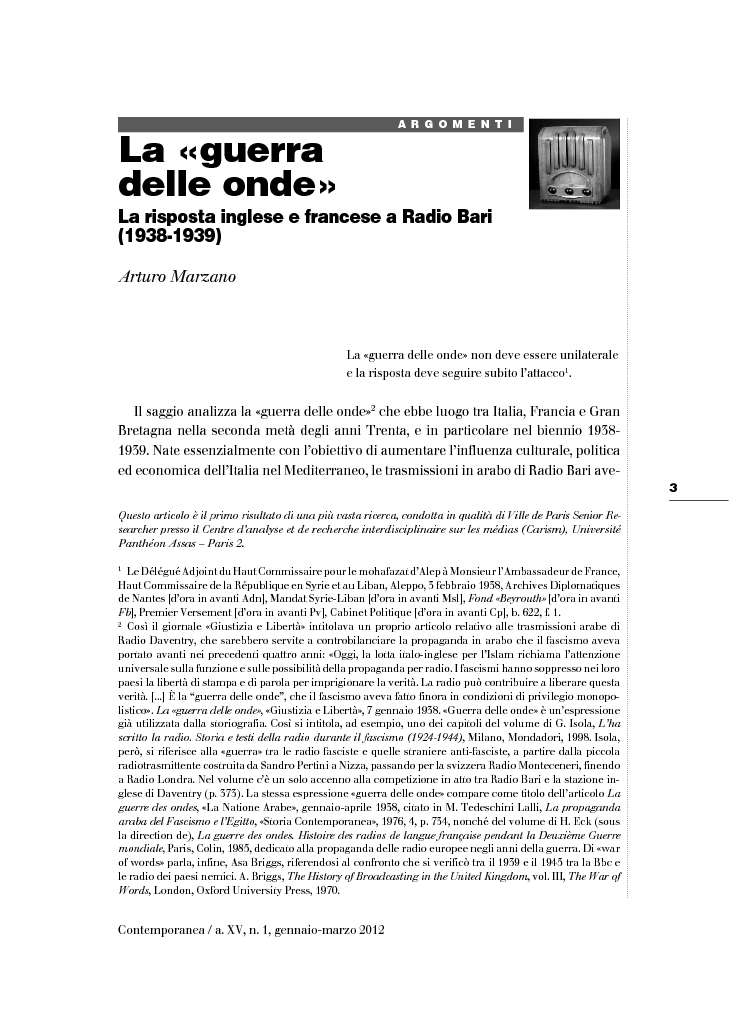