This paper presents Socialist proselytism at the late nineteenth and early twentieth century in Italy. Its argues that interrelations between decisions made of the national managing bodies and local political practices influenced the propaganda, the organization and the messages the Italian Socialist Party promoted. Particular attention is paid to the case of the industrial city Turin, by examining the role of different political actors, leaders, local political managers, grass-roots militants and 'ordinary people' active in local and national contexts. The research has tried to reconstruct some interconnection models between the many moving actors, focusing mostly on those active in local contexts in order to explain how they managed to affect the elaboration of party's proposals and proselytism practices. The sources are various: congress minutes, newspapers, reviews, parliamentary records, police documents, population census, election lists, personal correspondence of members of the Italian Socialist Party executives. 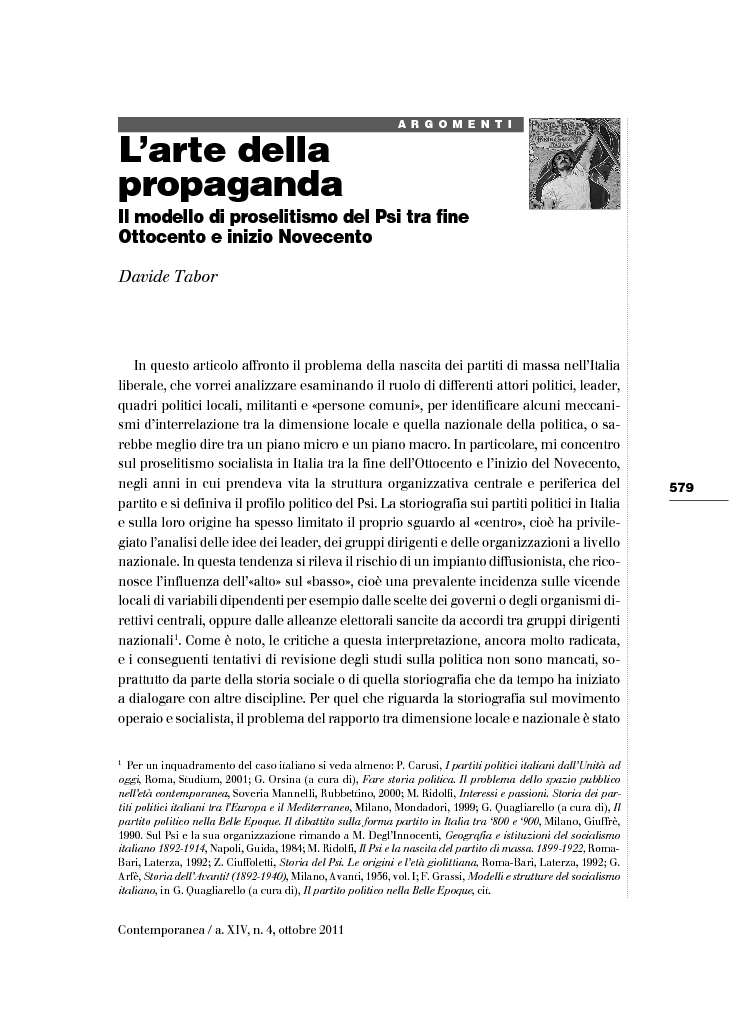