The historiography about the Ceausescu's fall and the Romanian revolution of December 1989, similarly to the extensive "transitology", paid little attention to the trial that put an end both to the regime and to Nicolae and Elena Ceausescu's lives. Likewise, very little space is devoted to the analysis of the political and judicial destiny of the ousted nomenklatura, confirming the idea that the post-communist elite never put into practise any strategy to deal with the past. We know that the Romanian transition, compared to other Eastern European countries, was more uneven, but we still ignore the reasons why the bloodiest 1989 uprising produced such a small change in political class and ruling style. The article proposes to think back to the Romanian transition, refocusing on the day when a "kangaroo court" judged the hated President and his wife, and suggests considering this moment as the "dress rehearsal" and the imprinting of the (hidden) transition policies. The essay looks at the trial - its discussion and its intrigues - in order to explain the nature of the revolution and the origin of the Ceausescus' opponents. 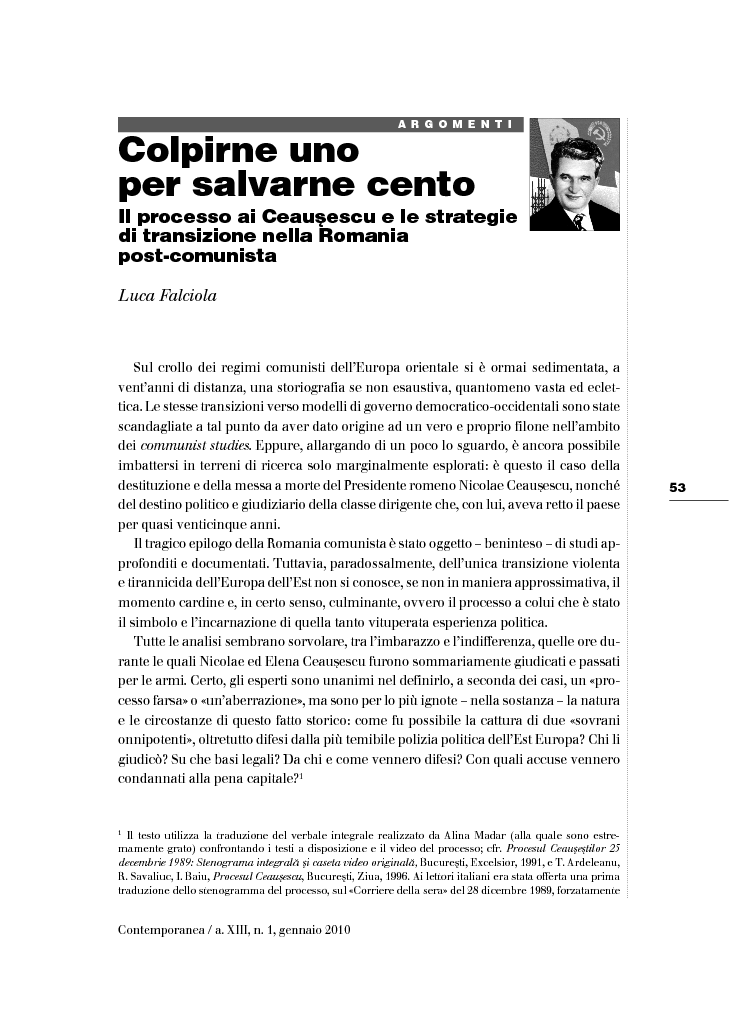