This article, which focuses on water control, intends to analyse the changes in natural resources management occurring between the last decades of the nineteenth and the beginning of the twentieth century. My major interest is related to the process of categorizing "natural resources" taking place in several national European states during this period, which gave birth to similar forms of inquiry and cartography on water and rivers. In Italy the water cartography was part of the development, undertaking by the unified state, of new instruments for describing the territory and its resources. This composite undertaking and the conflictual field of expertise and knowledge production about water resources led to speak about plural enterprises, conducted by different actors, in a moment in which water administration was shared between the Public Works and the Agriculture State Department. A systematic analysis of the 39 regional volumes published shows the process of monopolization of expertise by the mining engineers. Their expertise, based on drainage basin, portrays water as "natural" resources, shaped by geological, meteorological and topographical data only, in contrast to the local actors, who emphasized the juridical shape of water resources. The stake of water mapping does not only allow the mining engineers to obtain the monopole for the elaboration of a scientific object; it also lets them achieve legitimacy in the water management. 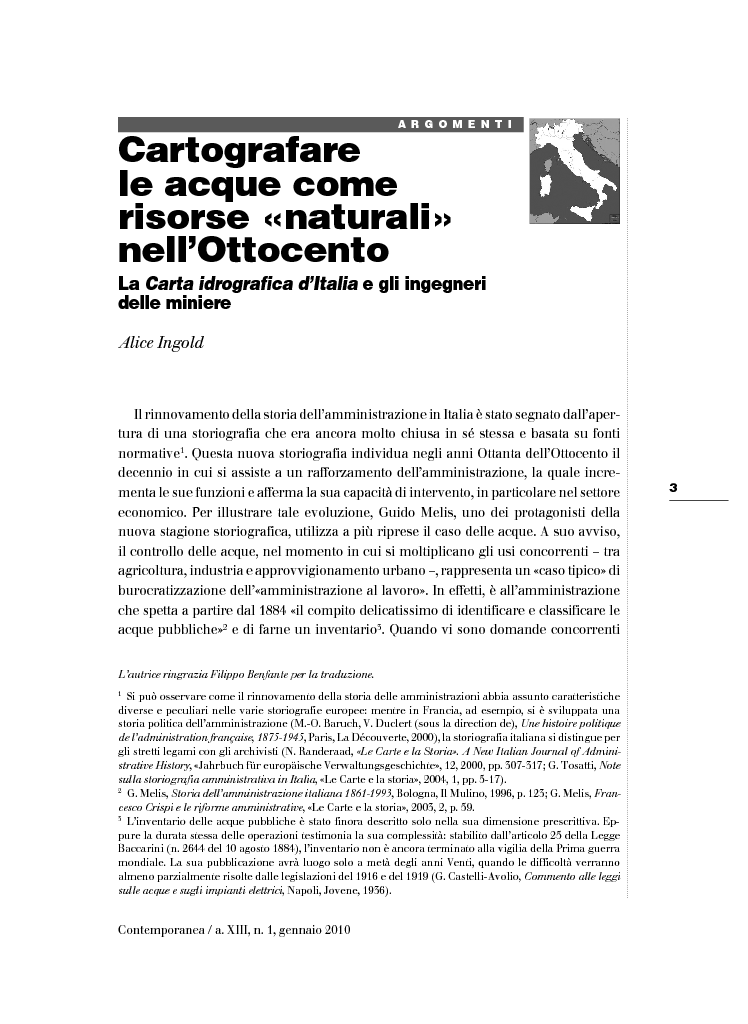