The article focuses on the idea of theatre as a political mobilization device, tracing its origins in Lumières France and its transfer in Italy in the next decades until the 1830's. During the second half of the 18th century theatre had been considered as a laboratory of political analysis around the controversial notion of "public opinion" and its supposed behaviours. Intellectuals and playwriters as Diderot, D'Alembert, Mercier, or Lessing in Germany, wrote extensively about a theatrical reform in order to enhance the social and communicative potentialities of scenes as a school of both passions and rationality, and also as a form of education in compassion, a key-virtue for democratic citizenship. In the first half of 19th century many theatres hosted riots and political disorders and the practice of the "active parterre" continued to distinguish theatrical life in many European countries in spite of an increasing social and emotional control. The peculiarities of Italian case in the European experience consisted primarily in the support the opera world gave to the spread of a patriotic discourse. The essay proposes a new reading of the relationship between theatre and Italian Risorgimento, capable to take in account both production and reception factors and even the role of the mazzinian democratic culture in promoting the political involvement of theatrical audiences. 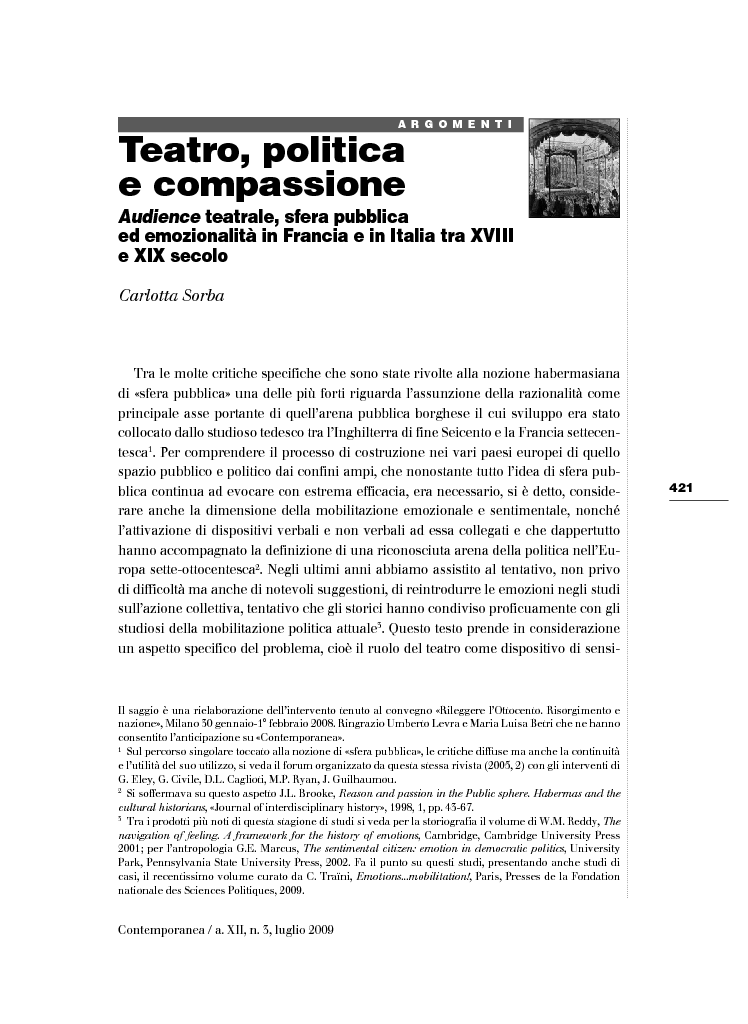